Let’s start by talking about what it doesn’t mean. If a vaccine is 70% effective against a virus it doesn’t mean that 30% of the people who’ve been vaccinated will get infected. That’s an assumption that only people whose math is as bad as mine would make. The kind of people who juggle the numbers 70, 30, and 100 and come up with an answer that’s as likely looking as it is meaningless.

This matters because it leaves us with a much smaller pool of people who are vulnerable.

If you’d care to read about that with actual numbers and sensible writers, follow the link. I have a severe allergy to math and I know better than to attempt a full explanation. 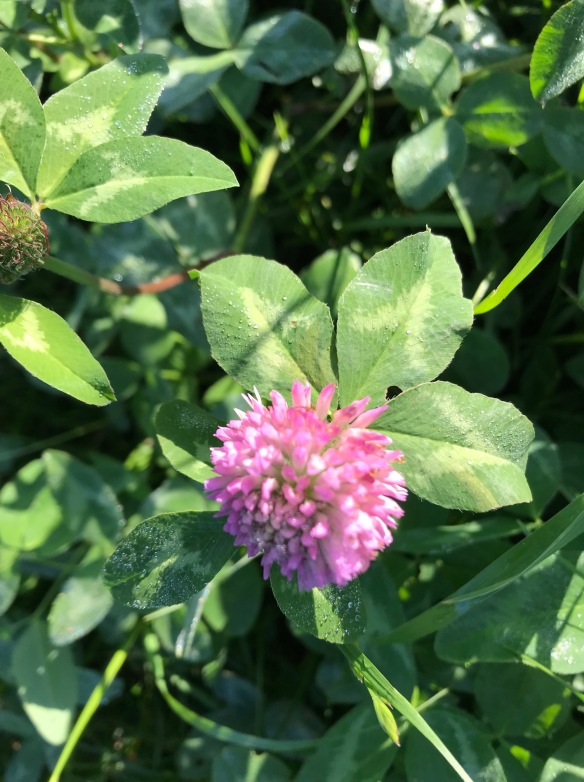 Who gets sick with the Delta variant and can the vaccinated spread it?

In the US, 95% to 98% of the people hospitalized with Covid are unvaccinated, and 99.5% of the deaths are of the unvaccinated. Even with the Delta variant circulating, that seems to be holding true.

But some numbers have changed since the initial vaccine studies, and they have to do with what Dr. Robert Schooley, from the Department of Medicine at UC San Diego’s School of Medicine, calls “the asymptomatic shedding rate among vaccinated individuals,” which in human speech means how much of the virus is spread by vaccinated people who get infected but don’t get sick.

Or to push that one step further, how dangerous they are to the unvaccinated.

When the vaccines were tested, the Delta variant wasn’t around yet. They were dealing with a less infectious beast. On top of which, no one thought to investigate the odd sniffles and colds that people in the study cooked up. They were allergies. They were colds. They were flu.

So the study didn’t track them.

Now, though, they’re realizing that those mild symptoms could be nearly asymptomatic Covid, and what’s known so far is that some fully vaccinated people who get infected carry enough of the virus to spread it, even though it’s not making them sick.

How do they compare with unvaccinated people as far as spreading the thing goes? The numbers aren’t in yet. I mean, they’re out there. Numbers always are. But nobody’s assembled them yet. On average, though, Schooley says the infected vaccinated person will shed less virus for a shorter time. And the odds that they’ll become infected are lower, so whatever the eventual picture turns out to be, vaccinating people does slow the spread of the disease.

Are the vaccines losing their effectiveness?

As has become usual since the pandemic started, we’re not likely to find a definitive answer yet, but it does look like the number of breakthrough cases in vaccinated people is growing.

What’s a breakthrough case? A Covid case in someone who’s vaccinated. Getting one doesn’t mean you’re dead, hospitalized, or even necessarily sick. It just means you’re carrying the infection, when if the vaccines were 100% effective (very few are and no one expected these to be), you wouldn’t be.

So if you’re fully vaccinated, it’s not time to panic yet. You can always do that later.

Why’s this happening? The experts are still debating that, but it doesn’t look like the Delta variant is evading either the vaccines or immunity from earlier infections.

That’s another reason to wait before you panic.

If Delta hasn’t broken through the vaccines’ protective lines, that leaves us with two possibilities. One, the vaccines’ effectiveness is fading, or two, Delta’s high transmissibility is responsible.

Several studies show what could be a waning in vaccine effectiveness, but it’s hard to know if the numbers really mean that. They could also mean that vaccinated people are taking more risks–going to bars or gyms or other Covid exchange sites–and giving themselves more chances to meet the virus.

And protection against getting so sick that you need to be hospitalized, though, is holding steady, which may mean effectiveness isn’t waning. All this will be perfectly clear in hindsight, but for now we have to make do with what we can see from where we are.

So do booster shots make sense?

On the side of saying no are the many countries that the vaccines have barely reached. How can rich countries be talking about booster shots when initial doses are desperately needed elsewhere?

On the side of saying yes is that in people with weakened immune systems, because of either age or disease, they can make a difference, although the evidence on that is still preliminary.

A new study shows that testing saliva for Covid is as reliable as testing nasal swabs. So at some point we may be able to stop puncturing our brain pans with sticks that are allegedly softened with cotton wool–or something that looks vaguely like cotton wool.

If Covid tests shift to using saliva, they won’t have to rely on patents’ willingness to make themselves uncomfortable, which will make them more reliable. And we won’t have to worry about a shortage of swabs.

If, in fact, worrying about that is one of the things that’s keeping you up at night.

Several times now, I’ve sworn off writing about newer, faster, cheaper Covid tests because although I keep reading about them, they never seem to be adopted–at least not anywhere I read about, and certainly not where I live. But you know how it is when you swear off something multiple times: It’s a sign that you keep breaking your word. So here we go again:

A newer, faster, cheaper Covid test has been developed. And it uses the same stuff that pencil lead is made from, which isn’t lead at all, it’s graphite. It cuts the cost to $1.50 per test, takes six and a half minutes, and is 100% accurate using a saliva sample and 88% using one of those evil nasal thingies.

The system can be adapted to test for other transmissible diseases. Now all we have to do is wait and see whether we hear of it again.