We’re going back to the England of the 1830s, with all its romance, not to meniton its mud and its misery. But first, a health and safety warning, because England—or Britain, really—of the twenty-first century just loves its health and safety warnings: Our trip will be heavy on mud and misery and light on romance. We’ll be in a rural area. If you’re not familiar with farm animals, please understand that they are not pets. Above all, do not pet the bull. He has no sense of humor, even if you borrow the U from bll and move in into humour. Please stay with the group. Waterproof shoes are not required but are recommended. Above all, don’t do anything stupid.

Good, with that out of the way, here we are in the 1830s and, as a newspaper article from the British Library archive puts it, the life of an English farmworker is “dismal. Rent and a basic diet of tea, bread and potatoes would cost a typical family 13 shillings a week. But exploitative landowners, given land by the Enclosures, paid their workers as little as 9, 8, even 7 shillings.” 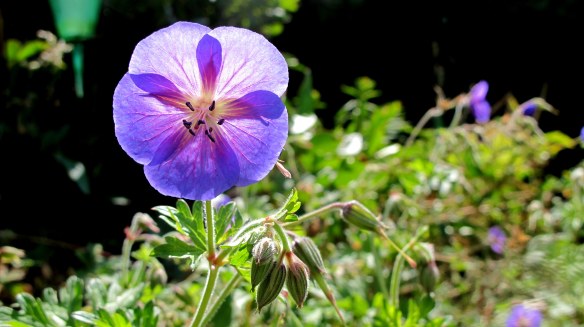 Enclosures? You can catch up on that by going to an earlier post about hedges, which were used to enclose the fields. Scroll down to the section on history, then scroll another few paragraphs below the subhead and you’ll find a bit about enclosure. I’ve been on a history binge lately.

Or you can skip the background and simply understand that farmworkers weren’t getting paid enough to keep their families fed a very minimal diet of starch and caffeine.
Helping produce this general misery were the Corn Laws, which were in force from 1815 to 1846. They taxed and restricted the import of grain, keeping prices high. That was great if you were selling the stuff and a disaster if you were trying to buy it on 9 shillings a week. Or on 7. (Corn, just so this makes sense to everyone–or as to many people as I can manage, anyway–is British for grain.)

Not many years before the time we’re visiting, the Swing Rebellion had swept through southern and southwestern England. Rebellious farm workers and craftsmen demanded higher pay, lower tithes, an end to rural unemployment, and a few other things along those lines. Barns were burned. Farmers were threatened. The well-fed (to generalize) were frightened. The rebellion ended with 19 executions, 500 people transported, and none of the rebels’ demands met.

It was a perfect set-up for another uprising.

But that’s not what happened. What took place in Tolpuddle isn’t the sort of tale that makes a good action movie. No barns were burned. No one went to a Shao Lin temple to meditate for six years and emerge able to do flying kicks and avenge the evil landowner who murdered their mother/father/entire family/pet bull.

There weren’t even any drunken fistfights. The central people involved were Methodists, which meant they didn’t drink.

What happened was that in 1833, in Tolpuddle—a village in Dorset—a handful of men founded the Friendly Society of Agricultural Labourers, whose goal was to stop the lowering of agricultural wages. It wasn’t an uprising, it was an attempt to organize.

What’s a friendly society? A mutual aid group. I haven’t been able to date the first ones in Britain, but one website dates them, with criminal vagueness, to the Industrial Revolution. Most were very local, although a few started out that way and then expanded. Some involved no more than a few families. Members paid in a small amount each month and could count on help if someone got sick or died—or sometimes even if a cow died, which when a family’s livelihood hung by so thin a thread could be almost as catastrophic as a wage-earner dying.

This was a time when most people had somewhere between very little and nothing at all to fall back on. If things went wrong, they could become vagrants—homeless beggars. And if that doesn’t sound bad enough, vagrancy was illegal. So, as far as I can tell, was compassion except in small and humiliating doses. What help was offered came from the parish, which translates to local government, and it was miserly, punitive, and given at the discretion of the local gentry.

To modern ears, the Tolpuddle group sounds more like a union than a friendly society, but the categories were still fluid. And the organizers may well have thought that putting together a friendly society was safer than organizing a union. Unions had been illegal as recently as 1824 and were still considered reckless, revolutionary, dangerous, and several other scary adjectives.

Modern writers tend to talk about the group as a union. It’s always simpler in retrospect.

The group’s members took an oath that if any master reduced wages, all members of the society would walk out. They also swore not to tell anyone the group’s secrets and agreed that anyone who did would be hunted out of the society, not just locally but throughout the country.  As far as I can tell, the group was strictly local, but that’s the wording they used. They had ambitions, I guess.

Initiates also had to wish that their souls would be “plunged into eternity” if they broke their oath. Within three months, some 40 people had sworn, and at least one of them must have plunged his soul into eternity, because a local landowner and magistrate, Squire Frampton, heard whispers about the group and wrote to the home secretary for advice about how to respond. The home secretary recommended prosecuting the leaders under the Unlawful Oaths Act of 1797, an obscure law that outlawed secret oaths.

To understand the squire and the home secretary’s reaction, remember that not only was the Swing Rebellion in the very recent past, the French Revolution was also still alive in their minds. I have no idea if it was alive in the minds of Tolpuddle’s farmworkers, but the people who considered themselves the farmworkers’ betters were haunted by the fear that something similar could happen in England’s green and hungry land.

In February 1834, three months after its founding, six members of the friendly society were arrested. As far as I can establish, the group had done nothing more dangerous than gather members, swear oaths, and exist. But swear a secret oath they had, and all six were convicted and transported to Australia. The jury, the BBC notes, was made up of “farmers and the employers of the labourers under trial.”

It was all very efficient, and it backfired. After the conviction, the six became popular heroes, known as the Tolpuddle Martyrs. A huge meeting and a march were held in their defense (one site calls it the first mass trade union protest) and a petition for their pardon gathered 800,000 signatures. And not on the internet. Remember paper? Copies of the petition had to be passed from hand to hand and then delivered physically to whoever it was addressed to in government. And since quills–or even birds–hadn’t been invented yet, it had to be signed with sharpened dinosaur bones.

The most imaginative part of the campaign involved a call to prosecute the Duke of Cumberland—who just happened to be the King’s brother—under the Unlawful Oaths Act, since as head of the Orange Lodges of Freemasons he’d also taken a secret oath. Hey, if one secret oath was illegal, weren’t they all?

In the meantime, the families of the transported men were destitute and applied to the parish for relief. The people deciding whether they were worthy of it included none other than the man who’d set the prosecution in motion, Squire Frampton. To no one’s surprise, they were turned down. Unions across the country raised money to sustain them.

In 1836, the six were pardoned and returned to England. Only one, James Hammett, re-settled in Tolpuddle. The other five eventually emigrated to Canada, which must have promised a kind of freedom they couldn’t imagine in Dorset, and in one of those little ironies that history’s so good at, they settled on land which would have been snatched from its original settlers, the Indians.

So who were the Tolpuddle Martyrs? Five of the six were Methodists, and their leader, George Loveless, wasn’t just a Methodist but a preacher. Methodism had begun in the previous century and had become a powerful force among working people. It preached the priesthood of all believers, and that led some of those believers to decide that if god valued them, so should their employers.

The sixth, Hammett, wasn’t a Methodist, hadn’t been at the initiation ceremony, didn’t move to Canada, and had been arrested once before, for theft. He may (or may not–who can tell at this point?) have allowed himself to be convicted to protect his brother. He seems to have been an outsider in an otherwise tight-knit group.

After the Tolpuddle prosecution, the National Archive says, “the harsh sentences discouraged other workers from joining trade unions, and many of the nationwide organisations, including the Grand National Consolidated Trades Union, collapsed.” But in spite of that, union memebership continued to grow and by the 1850s and 1860s trade unionism was again on the rise.

Today, the Tolpuddle Martyrs are commemorated by a museum and a yearly festival. I haven’t gone, but judging from the festival posters it encompasses sober political discussion, open mics, and concerts by groups that this year included the Barstool Preachers.

I just had to work their name in. I doubt the five Tolpuddle Methodists would have approved.

But we’ve been serious long enough, so let’s talk about place names: Before we’d heard of the Tolpuddle Martyrs, my partner and I drove through the area reading the signs that pointed to nearby towns and villages and laughing hard enough to make ourselves a hazard on the road. In addition to Tolpuddle, we found Affpuddle, Briantspuddle, Piddlehinton, Piddletrenthide, Puddletown, the River Piddle, Tincleton, and Throop.

Throop didn’t fit the theme, but somehow that only made it funnier.

My friend Deb swears that Little Piddle, Upper Piddle, and Lower Piddle are around there somewhere. I don’t doubt that she’s right but we, sadly, missed them.

*
My thanks to Emma Cownie for mentioning the impact of the Corn Laws on food prices in this period. And to Richard for dropping me a line about Lord Byron’s speech about frame breakers. I haven’t gotten my claws into that yet, but if you have no idea what I’m talking about (and why would you?), it’ll all make sense eventually.

68 thoughts on “The Tolpuddle Martyrs”