The 1666 wasn’t a good year to spend in London. First an outbreak of plague killed some 100,000 people–15% of the city’s population. Then, when the plague  was starting to wind down, the Great Fire devastated the place. You begin to wonder if England shouldn’t take out insurance against years that end in ‘66: 1066, 1666. I should be gone well before 2066, so someone else can deal with whatever happens, but if you’re still here, remember, I did warn you.

Before the fire, the part of London that lay inside the old Roman walls was, physically speaking, a medieval city. The streets were narrow and got narrower as you looked up, because the buildings jutted out over them, floor by floor, until you could have passed your across-the-street neighbor a beer from your upstairs windows to his or hers. If you liked your neighbor, had enough beer, and were in possession of long arms, because that description might involve just the slightest bit of exaggeration. But the space was, in all tellings, very narrow. A young and athletic fire could jump from house to house without much effort. 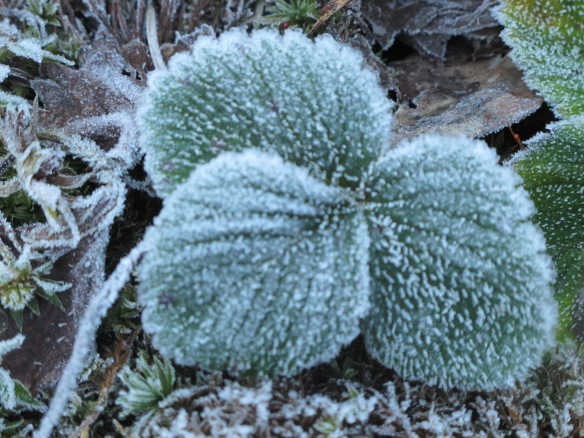 But the fire had a lot more than narrow streets to help it along. London’s old buildings were made of wood, the walls of poorer houses were waterproofed with tar,  and what light people had at night came from candles and oil lamps. They cooked and warmed themselves with wood or coal fires. So they were rich in open flames.

And did I mention that they didn’t have fire brigades? Once a fire broke out, all people could do was form a line and pass buckets of water along so that whoever was closest could keep pouring. Unless–as happened once in Northampton when a pub caught fire–they passed barrels of beer from the cellar up to the roof.

Talk about your dedicated drinkers. They did save the pub, but they must’ve wept over the waste of good beer.

And London’s water pipes were made of wood. According to a BBC article, they didn’t have enough access points, so people broke into them to put out the fire, making holes where the water drained out. In other words, the water supply disappeared just when it was most needed. By the time the fire was over, the city’s water supply system was one of the casualties.

But if London was a fire trap–and it was–so were other towns and cities. In A Time Traveller’s Guide to Restoration Britain (that’s a book–remember books? they’re wonderful), Ian Mortimer provides a handy list of devastating fires that didn’t get as famous as London’s but that fed on much the same combination of problems.

The Great Fire of 1666 wasn’t London’s first. As early as the 1170s, William Fitzstephen wrote that London had two “pests,” by which he meant recurring problems: “The immoderate drinking of fools and the frequency of fires.” In 675, the first St. Paul’s Cathedral burned down, and it burned down again in 1087, taking a good chunk of the city with it. It burned a third time in the Great Fire, making me wonder if St. Paul isn’t the patron said of pyromaniacs.

As a fire safety measure, in the twelfth century the city ordered that thatched roofs be removed. But thatch wasn’t just traditional, it was also easily available and cheap, which made it hard to replace. We can pretty much assume that the order wasn’t effective, because thatch was banned again in the next century, after a fire in which 1,000 people died. Or 3,000. Take your pick. Either way, a lot of people.

But neither ban was complete. A thatcher’s website cites instances of thatch being used, sometimes legally and sometimes illegally. Still, by 1666 there was less of it, and if you’re looking for something to blame the Great Fire on, thatch isn’t your culprit–or not your main one.

You might try blaming a dry summer, although it will have lots of company as potential and partial culprits by the time we’re done. The fire broke out in September, when the city’s wood was tinder-dry.

Or you can blame James I, because sixty years before the fire his order that l new London buildings be made of brick or stone was a partial measure. It only applied to new buildings, not existing ones. And the order was repeated several times, so we can figure it wasn’t a roaring success. And although he may have given some thought to fire, he also had his eye on the timbers that were used to build houses. He wanted them to build ships for the navy.

But let’s put the search for culprits on hold and talk about the fire itself. It started in a building with a tiled roof–a bakery in Pudding Lane. Almost every tale about the fire mentions Pudding Lane. The baker was Thomas Farriner (or Farrinor, or Farynor–spelling was a liquid back then), who supplied biscuits for the navy.

On the night of the fire, Farriner put himself to bed without tucking his fire in properly and singing it to sleep. Sparks ignited the firewood stacked beside the oven and the house caught fire. Or they ignited some flour sacks. Or–and this is the version I lean toward–no one knows exactly what they ignited or even whether it was his fault. What matters is that something caught fire. Farriner, his family, and (in some tellings) one servant escaped through an upstairs window and along a roof edge, but one servant (or in some tellings, a bakery assistant) died. In some versions, she was too afraid of heights to go out the window. I have no idea if that’s true, but since I’m useless with heights, I’ll try to remember the lesson tucked inside that story next time my city’s on fire.

Now back to Pudding Lane. According to History Extra and the Hearth Tax records that it quotes, the bakery wasn’t on Pudding Lane at all, it was on Fish Yard, which was just off Pudding Lane. But that’s not the kind of  name writers long to drop into a story, so we’re stuck with Pudding Lane.

From the bakery, the fire spread to neighboring houses, including an inn, where it set the straw and fodder alight. You can get rid of all the thatched roofs you want, but horses still need food and bedding, and horses were the internal combustion engines of their day. No city could function without them.

Or that’s the sequence one tale tells. Another talks about a 1979 excavation, which found that a house near the bakery had been storing twenty barrels of pitch (that’s tar–in other words, highly flammable stuff) in the basement, so even if you could have magicked all the horses, straw, and hay out of London, it would have still had plenty of stuff to burn.

It’s not that those two versions of the tale are at odds, just that you can follow a story in any number of directions. The one thing you can’t do is include everything.

At this point, the people in either Pudding Lane, or in Fish Yard, were still dealing with a localized fire–something Londoners had plenty of experience with. They woke the neighbors, poured water, and did what Londoners always did, but this time it wasn’t enough.

Standard procedure would have been to destroy houses around the fire to keep it from spreading, but the mayor wouldn’t act. Without either an order from the king or the permission of the owners, he’d have had to pay the cost of rebuilding them our of his own pocket.

I don’t know how many owners would’ve given permission when they could have withheld it and hoped that either the fire would miss them or the mayor would act without their permission and have to pay for the rebuilding, but it didn’t matter: Most people in the area were renters, whose permission didn’t matter, so the houses stayed in place, and they caught fire, and the mayor became a handy scapegoat–as did those first fire fighters who decided they’d lost the battle and abandoned it to save their families and whatever belongings they could gather.

From the Pudding Lane area, the fire spread to the warehouses along the river, with their stores of coal, lamp oil, tallow, rope, and everything else that could make a fire happy.

Melted bits of pottery found in the basement that held the barrels of pitch led archeologists to say that the fire’s temperature reached 1,700 degrees Celsius. If you measure in Fahrenheit, that translates to insanely hot. More than hot enough to melt stone.

Eventually, the king issued an order and houses in the fire’s path were pulled down using the hooked poles that were standard for the job, but the winds were high and the firebreaks were too small to stop the fire.

Before long, people were fleeing in massive numbers. Some headed for the Thames to get away in boats, others filled carts with their belongings, and many left on foot. And as refugees poured out, sightseers poured in to watch and (some of them, anyway, ranging from the famous Samuel Pepys to an otherwise unknown fifteen-year-old schoolkid) leave written records of what they’d seen.

St. Paul’s burned for the third time and lead melted off the roof and ran in the streets–or as Historic U.K. puts it, the acres of lead form the roof “poured down on to the street like a river.”

The fire burned for four days before it was contained. It left the ground hot enough to scorch people’s shoes, and some spots smoldered for months. Eight-nine parish churches had burned (or eighty-seven, but let’s not quibble), along with theGuildhall and assorted jails, public buildings, markets, and city gates, not to mention 13,000 houses. Hundreds of thousands of people were left homeless. Some 436 acres, containing 13,000 houses, was destroyed.

By some estimates, only six people died in the fire (or eight, or sixteen), but guesses run as high as several thousand.  Considering the number of homes destroyed, the higher number sounds convincing. Nobody sorted through the wreckage to count the dead. If you were poor or the middle-class, you died uncounted.

Not long after the fire was contained, a French watchmaker, Robert Hubert, was charged with starting it. He pleaded guilty and was convicted, even though the evidence he gave in court was contradictory, the jury considered him deranged, and the Lord Chief Justice told the king he didn’t believe a word of the man’s confession. What the hell, they hanged him anyway and the crowd tore his body to pieces.

It’s important, in these situations, to have someone to blame–preferably a foreigner.

Once bit of business was taken care of, evidence emerged that he hadn’t gotten to London until after the fire started. A parliamentary investigation declared the fire an accident. Hubert, however, remained dead.

When the city began to rebuild, a law ordered that  “no man whatsoever shall presume to erect any house or building, whether great or small, but of brick or stone.” If anyone ignored the rules, their house would be pulled down.