Let’s say you’re a prime minister who got this pesky pandemic thing wrong, hesitating to lock the country down, shaking hands with hospital patients, refraining from kissing babies only because parents clutched their kids and turned away when they saw you coming. A prime minister who told the country that washing hands and singing Happy Birthday would keep everyone safe, and who then, embarrassingly, got sick yourself, either because you didn’t wash your hands or went off key on one of those tricky passages in “Happy Birthday.” A prime minister who locked the country down late but made an exception for your special advisor so he could run around the country scattering virii because he’d mistaken them for fairy dust.

So you’re that prime minister, and after you’d been sick you came back to work to hear lots of speculation whether you were really up to running the country. 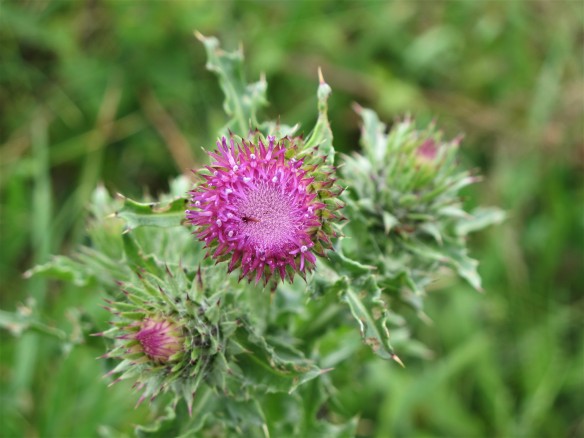 What would you do?

Pushups, that’s what you’d do. Publicly.

Or maybe you wouldn’t, but that’s what Boris Johnson did, except the British seem to call them press-ups. Never mind. Same thing. Floor, hands, arms, body weight. Straight back if you’re doing them right.

There were two problems with the strategy: Your ability to do pushups has no bearing on your ability to run a country, and Johnson isn’t what you’d call a natural athlete. The photos show a kind of lumpy, overage guy in a dress shirt and slacks looking baffled by a floor. Has this thing always been here? he seems to be asking himself. Can I outsource it?

He can’t, but let’s go back to that special advisor, the one with the fairy dust. A law graduate is trying to crowdfund £300,000 for to pay for a private prosecution of Dominic Cummings’ two breaches of lockdown.

“I am trying to encourage the re-establishment of the concept of the rule of law – one law for all,” Mahsa Taliefar said. “What Cummings did demonstrated that at the moment in the UK if you are rich and have powerful friends the law doesn’t apply to you.”

You know the theory that we all have to choose between the economy and our health? The theory that says lockdown destroys the economy and we have to open back up to get things going? Well Sweden–the one Scandinavian country that never did lock down, relying on some vague instructions, hand washing, and good sense–not only has a five times Denmark’s death rate but roughly the same economic performance.

Whether there’s a lockdown or not, it turns out that in a pandemic most people avoid public transportation, stay out of shops, and keep their kids home from school. In other words, they exercise the good sense they were advised to. The problem is that a minority will do none of that. Ten percent of the people create ninety percent of the infections.

A while back I posted the news that Britain’s free school lunch program for the most economically vulnerable kids will be continued into the summer. It’s good news, but it’s looking a little tarnished lately. It turns out that the £234 million program was outsourced to a private company whose helpline charges £21 an hour.

It used to charge £60 an hour, but–you know what people are like–they had complaints and switched over to the cheaper one in April.

Parents and schools also complain about the vouchers being hard to use. Not all stores will take them, and at stores that do, they often don’t scan correctly so they’re unusable.

Oh, and the website leaves people waiting long stretches of time to get their coupons.

And that, my friends, is how to fuck up a free lunch.

Scotland has had no coronavirus deaths for four days and has only ten cases in intensive care. The first minister, Nicola Sturgeon, is talking about the possibility of eliminating the disease, and at a press conference she dropped hints that they might have to test or quarantine visitors from England. She has no plans at the moment, she said, but she’s not ruling it out.

On the other hand, she didn’t do a single pushup, so what’s she worth?

Meanwhile, a spike in virus cases in Leicester has sent the city going back into lockdown, with non-essential shops shutting their doors, schools closing to most students, and people advised to stay home except for essential trips.

It’s the first of local lockdown since Britain opened back up.

A jazz club in Paris has opened up for private concerts. They let people in either singly or in pairs if they live together. Three musicians take turns giving five-minute concerts to each individual or couple.

The concerts are free but guests are welcome to pay what they can or want.

The club’s director said the concerts “generate a kind of magic. People become very emotional. Some come out in tears.”

84 thoughts on “Fairy dust and pushups: It’s the pandemic news from Britain”