The last few years have been good ones for British detectorists.

Detectorists. Those people who wander around with glazed eyes, waving metal detectors above the ground and listening to them beep. They’re looking for buried treasure. Or the tops that people break off aluminum cans. The metal detectors, as opposed to the detectorists who wave them, aren’t discriminating. They’re like gun dogs that point not just at game birds but also at feathered hats, feather dusters, and feathers tattooed on people’s arms. Metal is metal. Let the humans sort it out. 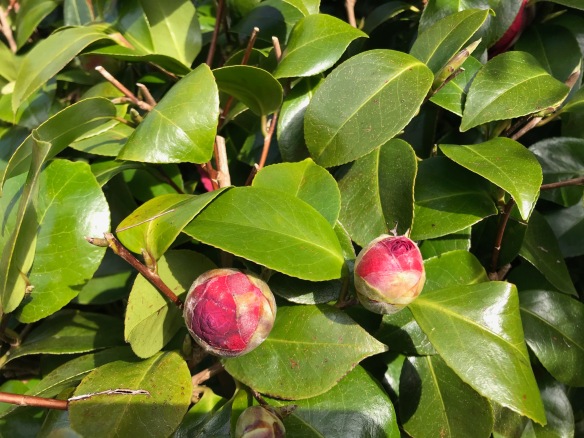 More people have turned to metal detecting in recent years and they’re uncovering some serious archeological finds, which are making their way into museums. The increasing interest is due in part to–of course–a sitcom. Reality limps along behind the representation of reality. And that, my friends, is what passes for real life.

In 2018, 96% of the treasure dug out of the British earth was found by people with glazed eyes and metal detectors.

Okay, they don’t necessarily have glazed eyes. It just sounds better that way. And treasure has a narrow official definition–coins; precious metals; that sort of stuff–so archeologists have found plenty of other stuff, but it appears in a different column on the sreadsheet.

A 1996 law that required finders to report treasure also allowed them to split any profits with the landowner, and that’s meant that they’re likely to actually report their finds instead of squirreling them away somewhere or selling them through shady antiquities dealers in back alleys.

Sorry. I don’t know any antiquities dealers, shady or otherwise, so I’m falling back on cheesy stereotypes there.

So when we count up the reasons new people are being drawn to metal detecting, the sitcom isn’t the only one. We can add potential profit.

A very small and random selection of what’s been found lately:

But enough about treasure. It’s the smaller part of the historical riches waiting to be discovered. Let’s talk about archeology.

In Yorkshire, archeologists have uncovered a saltern–an industrial-scale salt-making site–that dates back 6,000 years. Or to put that another way, it predates Stonehenge. It’s the earliest one that’s been found in Britain.

The pottery that’s been found there shows traces of milk, indicating that the people who built it were settled, growing crops and raising animals. And the scale of the saltern says that they were selling salt, not just making it for themselves.

“It changes how these people are seen,” said Steve Sherlock, the archeologist who led the dig. They were “people who are undertaking a level of industrial processing and distributing.”

Because of salt’s use in preserving food, the people who produced and distributed it would have been among the wealthier groups of their time.

Neolithic salterns have been found in Europe–especially Poland and the Balkans–but this is the first found neolithic one found in Britain, possibly because rising sea levels and coastal erosion have swallowed the others. They have a habit of being coastal, since seawater has a habit of being salty.

The pottery found at the site matches a type introduced by people who migrated from what’s now northern France at around 4000 BC. The saltern technology may well have come with them.

With the old stuff out of the way, let’s move south to Stonehenge.

A major road, the A303, runs alongside Stonehenge, and for years there’s been a fight over whether to dig a two-mile tunnel and run the road through it. Opponents argue that it will do lasting damage to a world heritage site and that millions of artifacts will be lost. On the other hand, once the tunnel’s built, you’ll be able to take a selfie at Stonehenge without a big red bread truck showing up in the background. Which makes it all worthwhile.

After an assortment of court challenges and the use of a lot of newsprint, the opponents lost and the work’s been started. The current stage involves 1,800 test pits, 400 trial trenches, 150 archeologists, 18 months, and some uncounted amount of mud. Construction on the tunnel itself won’t start until 2023.

Is the tunnel a good idea? Probably not, but what do I know? As long as they’re digging, though, they’re finding some interesting stuff. Let’s not ignore it just because we’re sulking. They’ve found graves, pottery, burnt flint that suggests metal or leather working. (No, I don’t know what the connection is either.) It’s probably too early to know what this tells them about the site or the people.

The iron age and the Roman era

In Oxfordshire, the excavation of a hillfort turned up an iron age settlement that dates from 400 to 100 BCE, not to mention a Roman villa built at the end of the third century CE or the beginning of the fourth. They were found when the Earth Trust, which cares for the hillfort, decided to redevelop its visitor center.

Because no place that welcomes visitors is complete without a visitor center. Where else will people spend their money?

The site was occupied from the bronze age through the Roman era, so the trust hadn’t just planned to just plow through with heavy equipment–they figured they’d find something interesting–but they also hadn’t expected anything quite so rich. What they found included well-preserved iron age pots, Roman bone combs, surgical instruments, and lots of pottery shards. It seems like pottery shards are always in there somewhere.

Chris Casswell, the dig’s head, said, “It’s a substantial iron age settlement. It’s probably no surprise because we’re right at the foot of Wittenham Clumps, an enormous hillfort. The settlement probably continues well into the landscape beyond where we’ve looked.

“Normally we go out and do geophysics, which gives an image of what might be under the ground. But on this site, it didn’t show up any of this. . . . So it’s completely unexpected.”

The Roman villa is still partially buried, and there are at least two Roman cemeteries and stone-built ovens for drying grain.

And in case you’re wondering, the bronze age came before the iron age because copper and tin, which make bronze, melt at lower temperatures than iron. It took humans a while to pull together the technology to melt iron. I had to look it up too.

King’s College in Cambridge tore down some 1930s-era student housing and found an early medieval graveyard.

According to Bede’s Ecclessiastical History, which was written in the eighth century, Cambridge was abandoned in the fifth century, when the Romans left. A lot of Roman towns were. But take that with a grain of salt. Dr. Caroline Goodson, a professor of medieval history, said, “We already know that Cambridge wasn’t fully abandoned. But what we’re seeing now is a greater and clearer picture of life in the post-Roman settlements.”

They’re finding lots of goodies in the graves: bead necklaces, swords, pottery, glass, bronze brooches, short blades, mostly from the early Anglo-Saxon period–say 400 to 650 C.E. And because the soil’s alkaline, the bodies are well preserved, so they may be able to extract information about people’s diets and DNA, which should give them information on migration patterns.

Goodson’s best guess at the moment is that the people were the descendants of Roman Britons along with more recent migrants from Europe.