Britain’s internationally famous swear word, bloody, has dropped by 80% in the popularity rankings, landing in third place, behind fuck and shit.

Or as the Independent so delicately puts it, behind “the f-word” and “s***.”

No, I don’t know why they can’t use the same form to mask both words  They did spell out bloody, though, which helps those of us who aren’t British sort out how high it ranks on the forbiddenness list: Far enough down that all of its letters were left in plain view.

Having said that, the survey says that both bloody and fuck are being used less in casual conversation.

How would you measure that? Do you ask people, “How many times in the past week did you use the following words?” Do you tap their phones or install a nanochip in the Covid vaccines that notifies Bill Gates every time you swear?

None of the above. Dr. Robbie Love trawled through twenty years of transcripts in the British National Corpus of Conversation, looking at how usage changed over time. That meant looking through 15 million words for mentions of 16 swear words.

It’s amazing what humans will do. 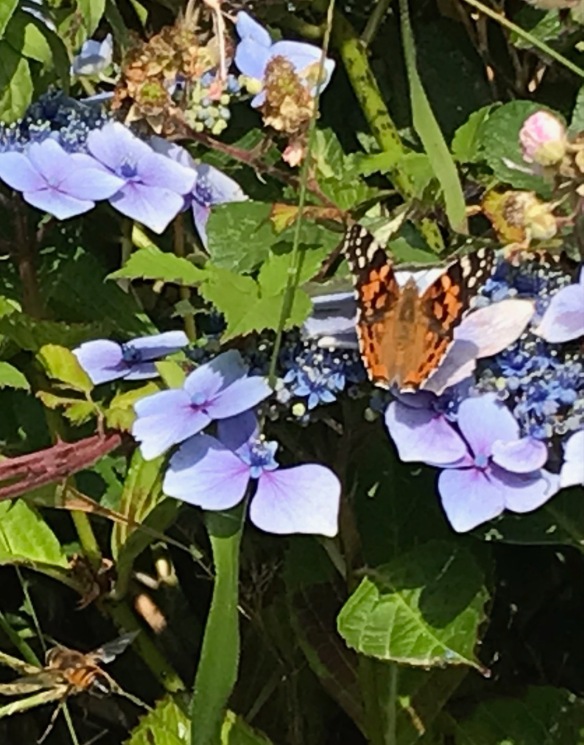 What’s the British National Corpus of Conversation? It’s 100 million words of written and spoken language from the “later part of the 20th century”–90% of them written (“newspapers, academic books, essays, etc.”) and 10% informal conversations and radio shows.

Which surely means it underestimates people’s swearing. I used to host a radio show, all by my foul-mouthed self, and I didn’t swear once when I was on the air. Still, if he found a decline over twenty years, at least he’s comparing twenty-year-old apples to more modern apples.

I’m stretching it with that last one, but it’s not completely out of the question. If I’d given myself some longer words to work with, I could also have dropped it in mid-fuckin’-word. Count that as an opportunity lost.

I know you’re out there.

Men still swear more than women, the survey reports, but the gap is narrowing, striking another blow for equality.

And since we’re in polite company

And when I say dated, I don’t mean romantically. I mention that because he’s clearly available. He’s naked, he’s anatomically correct (in an exaggerated way that I guess makes him overcorrect), and he’s visibly interested. But no, that’s not what we’re talking about. Cernie’s still single. We’re talking about dating the era when he was carved into the hillside. Experts have spent years debating that. He was Roman. He was Celtic. He was Cromwellian.

Sorry, everyone, but none of those are right. The National Trust has brought in some high-tech equipment and pronounced him Anglo-Saxon, probably from the tenth century. That’s based on microscopic snails in the sediment.

No, I didn’t know microscopic snails existed either.

For whatever reasons, local documents have been no help in figuring out his origins. He’s not mentioned in the tenth century, in the sixteenth century, or in the seventeenth century. There he is, dominating the hillside, and no one mentioned him.

The best explanation for the figure belongs to Gordon Bishop, of the Cerne Historical Society. Asked if he had a theory, he said, “I don’t have one. . . . You can make up all sorts of stories. I don’t know why he is on the hill, . . . I can’t work it out. “

According to a US survey, people who are the most certain that they can spot fake news are the most likely to be taken in by it.

I’m still trying to figure out if that’s sobering or hysterically funny. You would think anything could hit both notes at once.

Nine out of ten people in the survey ranked themselves above average in their ability to tell the difference, which reminds me of Garrison Keillor’s line about Lake Wobegon, Minnesota, where all the children are above average.

Two out of ten put themselves fifty or more percentiles higher than their actual scores.

Americans do agree, for the most part, that fake news is everywhere. It’s the one thing uniting the country just now. Take that away and it all gets even worse.

The study’s author, Ben Lyons, said, “No matter what domain [I think he’s talking about countries and cultures here], people on average are overconfident. . . . But over 70% of people displaying overconfidence is just such a huge number.”

Can I hear a few cheers for human progress, please?

And speaking of misinformation . . .

Somebody out there (including the Republican senator Rand Paul) is promoting ivermectin, an animal dewormer, as a treatment for Covid. In fact, a judge in Cincinnati ordered a hospital to treat a patient with it because his doctor ordered it.

Why doesn’t the hospital want to? Because the drug’s approved for humans only in limited ways–to treat head lice, scabies, river blindness, and assorted other problems caused by parasites. It has nothing to do with treating a virus. Clinical trials haven’t turned up enough evidence to use it against Covid.

The patient’s doctor, though, says federal authorities and the media are in a conspiracy to cover up the drug’s effectiveness. He calls it genocride. Or he says we’d call it that if another country did it, which allows him to call it genocide without actually calling it genocide.

What does the US Food and Drug Administration say?

I don’t think it’s commented on the specific case, but on the subject of ivermectin in general it tweeted, “You are not a horse. You are not a cow. Seriously, y’all. Stop it,”

In a more sober mood, it also said, “Even the levels of ivermectin for approved uses can interact with other medications, like blood-thinners. You can also overdose on ivermectin, which can cause nausea, vomiting, diarrhea, hypotension (low blood pressure), allergic reactions (itching and hives), dizziness, ataxia (problems with balance), seizures, coma and even death.”

An orchid comes back from extinction

An orchid that was thought to be extinct since 2009, the serapias parviflora, has turned up in (or should that be on?) a roof garden in London. And not just one orchid: fifteen of them, blooming away as happily as if the roof of an investment bank was its natural habitat.

Can I interrupt myself for a moment? I’ve just been handed a note from the Department of Small Print. It says the flower turns out to be extinct in the UK, not on the entire planet. It’s just that–well,  you know how countries are. They have a habit of thinking they are the entire planet. Or at least ones that have or used to have power do.

How’d the flower get onto a bank’s roof? According to one theory, seedlings could’ve blown there with dust from the Sahara. The seedlings do travel that way. According to another, the seeds could’ve been in the soil when it was brought there, ten years ago, and have just now germinated.

The garden also has London’s biggest colony of green-winged orchids.

87 thoughts on “What British swear word is going out of style? ”