The last time I wrote about English food, it was to make fun of baked beans. So let’s talk about a good part of English food: The English are known for their cheese, and justifiably. Cheddar takes as much space in the cheese aisle as baked beans do in the canned vegetable, only it tastes good. And it’s not just connoisseurs and food snobs who go in for the strong stuff, it’s normal people—kids, adults, people who eat baked beans on toast. Cheese turns up in soups, in sauces, on baked potatoes. Okay, everything turns up in baked potatoes, but still. If a store only sells one vegetarian sandwich, it’ll be cheddar. And it’ll be grated, not sliced. 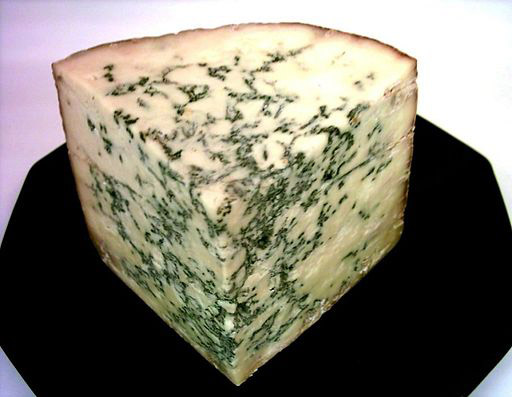 Every year, at Cooper’s Hill in Gloucester, people race—or slide, or roll—down an insanely steep hill chasing a wheel of double Gloucester cheese. The winner gets to keep the cheese. And a generous portion of mud. The race’s official site says of the 2013 race:

“Due to warnings from the police … a substitute, plastic cheese was used this year, so a real cheese was not in fact rolled*.

“This did not seem to matter to either contestants or spectators, but it was a failure as it just did not have the weight to roll properly! In the ladies race, one lady (not the winner) picked it up and carried it down to the finish line.”

“*Upon careful analysis of the movement of the cheese in the videos of the events, it appears that the “cheese” in the first event was significantly heavier than the ones used in subsequent races, it was the only “fast cheese” of the day, it also bounced a lot higher. There is a strong suspicion that this was a ‘real Cheese,’ the ones in the remaining races were made of foam plastic and were much slower, in most cases being passed by the contestants.”

The only injuries that year were a dislocated shoulder and a broken leg. It took more than two hours to get the guy with the broken leg off the hill, with the rescuers walking backward and held back by ropes. It’s that steep. But, hey, the prize is a cheese, right?

One winner said publicly that she didn’t like cheese and was going to offer her prize on E-bay. The bids didn’t come up to reserve price and I hope she learned to love the stuff, because she was the proud owner of an eight-pound wheel of the stuff.