This past year, Wild Thing lost part of her sight to wet macular degeneration. Reading’s possible but not simple. She’s had to quit driving, which since we live at the end of beyond is a major adjustment for both of us. Independence matters hugely to her. And to me. And around here, without a car? It’s difficult. The village is on a bus route, although with endless government budget cuts I’m not sure how long that will be true. But even so, it’s a minor route. You can get to one of two nearby towns and a village or four, but you may have hours to kill before you can get home.

She’s gotten an electric bike–she has enough sight left to manage that–but even so it’s a huge adjustment for both of us.

So I’m going to break two unwritten rules here: 1. This isn’t a me-blog, and I don’t write about our lives unless they touch on the intercultural mayhem of two Americans living in Britain; 2. I don’t reblog anything that isn’t tightly related to that topic. But hell, they’re my rules, so I get to break them. I’m linking you to a post on Wild Thing’s blog, where she writes about the last day she drove to the moors so she could do some photography. She knew she wouldn’t be driving much longer. She wasn’t sure how much longer she’d be able to use a camera. The day had the intensity of a farewell. The photographs are damn good.

If we’re lucky, the doctors will be able to stop any further deterioration (all hail the National Health Service, which allows everyone access to free medical care) and she’ll be able to keep on using a camera. But we won’t know for another couple of months. 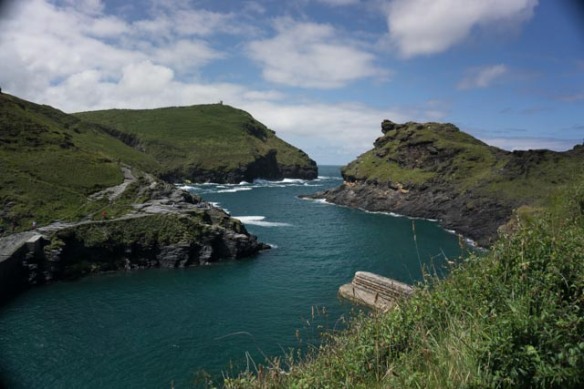 This is one of Wild Thing’s photos from about a year ago.