The contest to name the new polar research ship has now closed and Boaty McBoatface was the runaway winner with 124,109 votes. The next most popular name (Poppy-Mai, to commemorate a sixteen-month-old girl with incurable cancer) had only 34,371. It’s Bloody Cold Here came in fourth with 10,679.

So is the government going to respect the will of the people? Probably not. Admit it, you wouldn’t have bet much on the chances, would you? 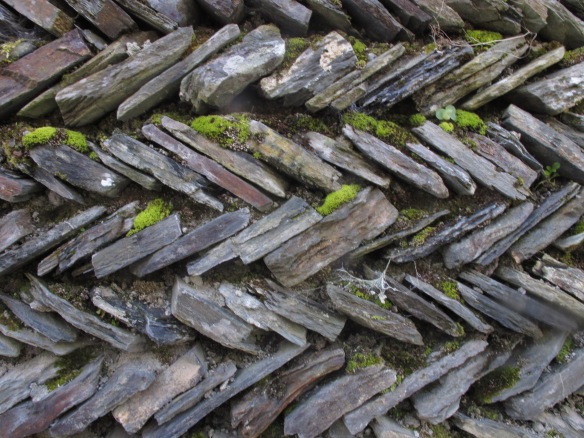 Science Minister Jo Johnson announced that “the new royal research ship will be sailing into the world’s iciest waters to address global challenges that affect the lives of hundreds of millions of people. That’s why we want a name that lasts longer than a social media news cycle.”

Those two sentences don’t entirely hang together, but never mind. If you stick a wad of that’s why in between them, they give the appearance of connection and hardly anybody stops to think, Icy waters? Social media cycle? Wait a minute, what do they have to do with each other?

Besides, the name’s already lasted longer than your average social media cycle. Adopt it that and it’ll last longer yet. Furthermore, you’re the guys who created a contest on social media. What did you think was going to happen?

So is anyone upset by this? Well, as the Guardian headline so mildly put it, “Tyrants have crushed the people’s will.”

The Guardian doesn’t go in for overstatement and never will.

And a Guardian letter writer asked how, if you can’t trust the people to choose the name of a ship, you can trust them to decide whether or not to leave the European Union.

We’ll let those two comments speak for the nation, okay? I’m sure it’s a representative sample.

In case you need to know this, Science Minister Jo is male, in spite of the way he spells his name. This may be one of those British/American things, because a Robert Burns poem mentions a Jo whose full name is John Anderson (“John Anderson, my Jo”). (I’m using the British mostly lower-case headline and title style here, which feels entirely weird when the only lower-case letter in on my. Never mind. That’s a digression within a digression.) The news story referred to this Jo—Jo Johnson—as he, reasonably enough, but since the Guardian, even if it doesn’t go in for overstatement, used to indulge in typos so freely that it was known as the Grauniad, I wondered if the S in she had gone a-wandering among the fields so green, and I fact-checked it.

Don’t laugh. The little bit of fact checking that I do here—you know, when something truly important comes up—keeps me from spinning off into outer space.

After all that, I didn’t end up referring to Jo as either he or she, but having fact-checked it, I couldn’t let all that work go to waste. Hence this meander through waves of irrelevancy and bad metaphor, after which we’ll return to our point if we remember what it was—and who, in addition to me, we is made up of.

Our topic, girls and boys, was the people’s will, so I hope you’ll allow me to say this: Boaty McBoatface, you were a great ship, even if you continue to be an imaginary one. Your memory will never be sullied by the failures encountered by real ships. And your name will forever appear in the italics proper to all great ships, even if it never graces the prow of a research vessel.

Wanna bet a hundred rowboats, sailboats, and fishing boats appear around the coasts of Britain sporting that name?

So. With the important stuff out of the way, we can now turn to our second news update, which has to do with the doctors’ strikes. I’ll run through as quick a summary as I can manage in an effort to keep anyone who isn’t British—oh, you know I have to say it: on board.

No, that was about Boaty. Sorry.

Longer quick summary: Our darling government has been screwing around with a beloved British institution (beloved and the screwing around are not exaggerations; darling is written with a snarl), the National Health Service, to the point where the NHS is now in serious trouble. At some point in the screwing-around process, the government decided to put a category of hospital doctors—called junior doctors, although they aren’t all that junior, but this is complicated enough, so let’s not get into that—on a seven-day schedule. Since it’s not funding the NHS well enough to keep the current five-day service from crumbling at the edges—well, I’m bad at math but even I see some problems here. To oversimplify vastly (sorry: I wrote a longer and infinitesimally more nuanced summary but it made pretty grim reading and I dumped it), the answer is to stretch the doctors even more thinly over the NHS drum.

The two sides negotiated for a while and when that broke down the health secretary, Jeremy Hunt, announced that he’d go ahead and impose the new contract. The doctors announced a series of one- and two-day strikes and five of them initiated a lawsuit, arguing that Hunt has no power to impose a contract.

So that’s the background. The latest twist is that Hunt’s response to the suit no longer talks about “imposing” the contract but about “introducing” it.

No big thing, I’d have thought, but I’d have been wrong, wrong, wrong. The doctors’ lawyer—sorry, let’s get all British here and call her a solicitor, because that’s what she is. Think of it this way if you’re confused: A solicitor is a lawyer; a barrister is a lawyer with chocolate sprinkles, in a waffle cone and a wig. Did that help?

The government is claiming he has the power to introduce the new terms under the 2006 NHS Act. But to impose the new terms? Where is that written? This begins to sound like a constitutional issue, doesn’t it? And that’s why I dragged you through all that not-terribly-fun background. Because Britain has what it likes to call an unwritten constitution, which is made up of past laws, unwritten conventions (these govern procedure), common law (that means precedent), and a random collection of written documents ranging from the Magna Carta (1215) to the Human Rights Act (1998) to a scrap of paper I lost in the mound on the floor beside my computer (2016).

What fascinates me is how you challenge or defend a politician’s power to do something when you have to argue it on the basis of an unwritten constitution. Do you read every case law that might be vaguely relevant? Every statute? How many pages is that? What if you miss the important one? How do you find out about unwritten conventions? Better yet, how do you prove you didn’t make them up? Or that someone else didn’t? They’re, um, not written. Do you do a quick recon on the Magna Carta to see what it had to say, in 1215, about the National Health Service, which wouldn’t be created for another 800 or so years? Will anyone notice that I lost that scrap of paper? Does the future of the NHS rest on my lousy filing habits? Only time will tell, folks. It was on lined yellow paper, with a strip torn off the bottom where I jotted down a phone number. If you see it, let me know ASAP, okay? It could be important.

71 thoughts on “Boaty McBoatface, an unwritten constitution, and the will of the people”