Until I found out why so many people claimed to be Jedis on the 2001 census (and I’ll tell you the tale eventually), I thought censuses were inherently boring. They’re not. So let’s find out how the British census came into being and how it’s changed.

And yes, the plural of census does seem to be censuses, although the limited range of dictionaries I’ve been able to discuss this with don’t see any reason that the word should need a plural, so I’ve had to take Lord Google’s word on it. Corrections, arguments, and general moaning about the degradation of the language are all welcome.

The first official British census was in 1801, but long before that census-like creatures already roamed the land. The Romans wanted to know how many people they could tax. William the Conqueror wanted to know what he owned, down to the last chicken feather. He didn’t demand a complete count of the humans. Why bother? None of them had feathers. 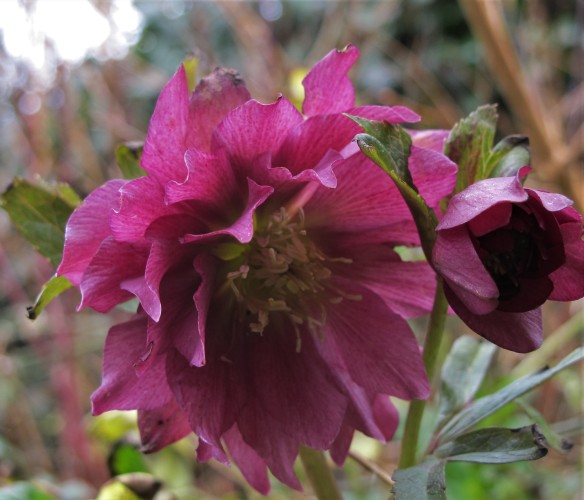 In 1279, Edward I wanted to know about landholding, and since his survey was arranged in hundreds it became known as the Hundred Rolls. It recorded not only the number of cottars, villeins, serfs, and freeholders on each manor, but also their names, the size of their holdings, and their obligations to the lord. (The words cottars and so forth all describe a person’s relationship to the land and to its feudal lord–basically, their degree of freedom or unfreedom.)

Having collected all that information, Edward didn’t do anything in particular with it, but historians are grateful for the bits of it that have survived. They can read through them and see in detail the structure of the individual manors.

After Edward, interest in who and what was out there disappeared from the national discussion for a handful of centuries, and with it those roaming census-like beasts. Bishops were responsible for counting the number of families in their dioceses, but that was to a census as a cat is to a tiger.

Starting in the seventeenth century, other countries began introducing censuses (no, that really is the plural)–Quebec (then New France, which counted 3,215 people) in 1666, Iceland in 1703, Sweden in 1749–but Britain retained a well of belief that it was a sacrilege to count people (something biblical about King David, a census, and a plague) and people who didn’t object on those grounds thought a census would reveal the country’s strengths and weaknesses to its enemies.

In the eighteenth century, the pressure to take a census grew and a Cornish Member of Parliament, Thomas Potter, proposed a combined head count and register of births, deaths, and marriages. The last part of the proposal stirred the Anglican clergy into opposition, since registering those events was an important source of revenue. On top of which, if tracking the landmarks in people’s lives became a civil responsibility, the church’s role would shrink. Who could predict where that might lead?

The next proposal was more modest. Another Cornish MP, Charles Abbott, proposed a simple census, dropping the idea of registering births, deaths, and marriages. In England, the Overseers of the Poor would count people, since they didn’t have a church to protest for them from the extra work. They were to be helped by tithingmen, constables, headboroughs, and other people you’ve never heard of.

But Scotland didn’t have any parallel official, and the initial idea was to have ministers make the count, which the Scottish church objected to, so the responsibility was shifted to schoolmasters. They got six months more than the English to complete the work because the population was so spread out.

According to the National Archives, the census was composed of six questions involving “the number of inhabited and uninhabited houses in the parish and how many families occupied them; the number of people in the parish and their employment; and numbers of baptisms, burials and marriage.” It didn’t record names or addresses. The act didn’t apply to Ireland, where the first modern census was taken twenty years later.

But it wasn’t just the more modest dimensions of the census that moved parliament to allow it. The summer’s grain harvest had been a disaster–a quarter less than expected–and prices had doubled. Manufacturing went into a recession and workers were laid off. People were hungry and rioters were calling for limits on the price of food. And to add to the general good cheer, Thomas Malthus had already published his argument that population growth would outstrip food supplies very soon. So MPs were willing to hear Abbott’s argument that knowing something about the population of the country they were trying desperately to run was necessary for “wise legislation and good government.”

Having said all that, some people argue that the more compelling drive was wanting to know how many able-bodied men were available to fight the Napoleonic Wars.

Either way, “In March 1801 every overseer of the poor, of which there were more than 14,000, was charged with walking to every house or dwelling in their parish and recording the numbers of families, the number of men and women, and the number of persons employed in agriculture; trade, manufactures, or handicraft; or any other occupation.”

The population turned out to be 9 million. Estimates had ranged from 8 million to 11 million.

In 1841, the census was modernized, meaning a registrar general was put in charge of organizing it in England and Wales (that came later in Scotland) and local officers were put in charge of the work.

The head-of-household system is responsible for my household refusing to fill out a 1970-whatever U.S. census. We struck a small blow against the assumption that one adult was the head of the household–that one being the male of the species if one was available–leaving the non-head to be the hind end of the household.

We didn’t bring the system down, but I’d do it again, and whatever the 1970-whatever U.S. census says, keep in mind that it’s incomplete.

But I’ve gotten ahead of the tale. Britain took a census every ten years except in 1941. In 1939, the National Registration Act did a thorough nose count so that identity cards could be issued. That was a good enough substitute. World War II was raging. The country had other things on its mind.

The 1931 census records, in case you’re looking for them, were lost in a fire.

From there on, it’s all boredom until we come to the 2001 census, when an email made the rounds urging people to write their religion down as Jedi. According to the email, if 10,000 people did it, it would become a “fully recognised and legal religion.”

This was fully recognized bullshit, but a lot of people did it anyway, possibly because the second argument was more compelling: “Do it because you love Star Wars,” the email said, “or just to annoy people.”

The campaign accomplished two things: It got 390,127 people to say they were Jedis and it got a lot of people in their late teens and twenties–a group that’s usually undercounted–to complete the form.

In that same census, 72% of the population said they were Christian, which the British Humanist Association considers a vast overstatement of people’s beliefs, as opposed to their historical and cultural association with the religion. Hawley’s small and unscientific survey says they’re probably right.

Deciding what to ask isn’t simple. Even the apparently simple question of what sex a person is has become complicated, or always was but we’re only just noticing. What does a country really want to know about itself, and what does it need to know? And once it gets the answers, how does it understand the information?

I can’t answer any of those questions. I just thought I’d throw them at you and see what happens. When I was young and clueless and an intern, of sorts, at a social service agency, I was asked to redesign the form people filled out when they walked through the door. That they gave the job to me shows you how important they thought it was. It did keep me, briefly, from playing in traffic. Since every form I’d ever been handed asked my marital status, I started with that.

Why, the person in charge asked, do we want to know this?

I couldn’t think of a single reason, although there might have been one. But I’d never thought about approaching a form that way: What do we want this information for? I won’t say the question changed my life, but it has stayed with me.

I don’t know if they ever redesigned the form, but that’s as far as I got with the job.

My point, though, is that you could probably learn as much about a country by studying what they ask as you could by reading the answers.

The most recent census, 2011’s, asked a string of questions about who lived at what address, what their relationships were, and who was there overnight on one particular date. Then it wanted to know about the place itself–its heating, its ownership, its rooms. It wanted to know about the people: their age, sex, car ownership, marital status, health, country of origin, ethnicity, nationality (that includes the British nationalities: English, Welsh, etc.), primary language, comfort level with the English language, passport, religion, past residence, employment, and education.

The summary itself shows confusion about the difference between commas and semicolons.

You’re welcome to read it for yourself. I got bored.

Britain will take a new census is 2021, but that may be its last. The Office of National Statistics is looking for less expensive (and, they say, less intrusive) ways to collect more useful data more often. That’s neatly set up so you’ll agree with it: Who could argue with less, less / more, more?

Me, possibly, although I’m not sure and no one cares anyway. I’m waiting to hear what the implications are, and I haven’t yet.

The new system might mean tracking every contact people have with government agencies and anonymizing it to produce a statistical picture of the country. It’s intrusive, but invisibly so. And what the hell, the corporations are already tracking us.

I haven’t seen anything about whether they’ll collect roughly the same sort of information, whether they’re considering other questions, or whether the system would allow some unforeseen but suddenly important question to be plugged in and calculated later. I have, however, read that in other situations anonymized data is less anonymous than you’d think. I don’t know if that will hold true for this.

93 thoughts on “The British census: What a country wants to know about itself”