It all started with the War of the Spanish Succession, which Britain got involved in, and lucky us, all we need to know about it is that it cost Britain money. Lots of money. £5 million a year, according to Roy Strong’s The Story of Britain. That was more then than it is now, but even today it’s more than you could raise by running a raffle.

Okay, I lied. We need to know one more thing about the war, and that’s when it happened: from 1701 to 1714. If your mind’s anything like mine, you’ll have forgotten that by the end of the next paragraph, but even so it’ll give you a picture of what sort of silly clothing people were running around in. 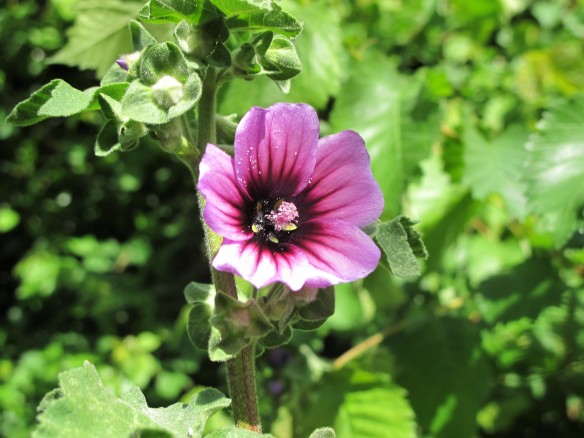 Of course, war isn’t the only expense a country has, because governments cost money, so even though we started with the war, we can’t stop there. This was a time when bureaucracy was growing, and along with it the professionalization of government. As much as we like to complain about bureaucracy, the people who write about this time–at least the ones I’ve read–say its growth was a good thing. Governmental departments were now run by people who lived off their pay instead of off the fees they took in and what Strong calls perks, which I suspect we’d call bribes.

Maybe you had to live through the alternative to understand how good the growth of bureaucracy was.

The government also had other expenses. The king’s wigs, for example. They needed maintenance, and so did his palaces and his family and household and hangers-on.

In 1698, parliament had created the Civil List, which paid for both the king or queen’s household’s expenses (think wigs, palaces, banquets, relatives, endless staff) and his or her government’s expenses. For life. This was a huge change. In the past, Parliament had voted the king money by the teaspoonful in order to keep some sort of power in the relationship. Now it had enough power that it didn’t have to do that.

The Civil List didn’t cover out-of-the-ordinary governmental expenses, such as war, but it did give the government a predictable base to work from.

At more or less the same time, what had once been the king’s debts became the national debt.

The problem with all this is that once you have power, you’re responsible for running things and fixing whatever breaks, and a lot less fun than getting into power–something Boris Johnson may have noticed by now. So once parliament was in charge of the national debt, it had to figure out how to pay the damned thing.

I know, we still haven’t gotten to the South Sea bubble. We will.

I said £5 million was more than you could raise in a raffle, but parliament did try paying off the debt by running a lottery. They also borrowed money from trading companies and sold annuities. They’d have sold Girl Scout cookies, but the Girl Scouts weren’t around yet. Cookies, however, were, although it’s hard to say whether they’d reached Britain. They’re first recorded in Persia in the seventh century. Or so Lord Google tells me.

While you were thinking about cookies, I changed books. A Short History of England, by Simon Jenkins, puts the national debt in this period at £50 million, although it doesn’t put a date on that. But what do we care? We wouldn’t remember it anyway. Somewhere along in here is close enough.

So somewhere along in here, parliament was looking at a big debt and some genius came up with the idea of the South Sea Company taking on part of it.

Why would a company do that? Because they planned to profit from it, of course. We’ll get to that, but first let’s talk about what the South Sea Company was. It was set up to sell slaves to the Spanish colonies in the Americas, and Britain had granted it a monopoly on the trade. So yeah, nice guys. And not all that unusual. Plenty of British traders and aristocrats made money off of slavery in one way or another. You could argue that it was money from the slave trade that fueled the industrial revolution.

We won’t, though, because that’s not our topic.

Would somebody shut me up, please?

I said earlier, if you were paying attention, that the government had tried financing the national debt by selling annuities. The problem with annuities was they weren’t transferable, meaning you couldn’t sell them, and that limited their appeal. But now that the South Sea Company had entered the picture, if people wanted to convert their annuities into stock in the company, hey, that would be wonderful, because they could sell the stock any old time. And if they didn’t sell, they’d get dividends from the slave trade. They’d make money, money, money, and money causes people’s vision to go so fuzzy that they don’t notice where it’s coming from.

The South Sea Company promised to pay the treasury £7.5 million just for the joy of taking over part of the national debt. It didn’t have the money, but never mind. Keep your eye on the shell with the pea under it. It’s right here in the center.

It also promised to give the first lord of the treasury and the chancellor of the exchequer stock in the company, which they’d be able to sell back to the company once the price went up. That gave them an interest in seeing the price go up. According to one source, the stock didn’t exist, but I haven’t found a second source to confirm that and it doesn’t matter. Whether the stock was real or not, it was still a bribe.

The pea’s on the left.

If you want names, the chancellor was John Aislabie and the first lord of the treasury was the Earl of Sunderland. Which isn’t a name, but it’s close enough. We don’t really need to know them, but doesn’t the story feel authoritative now that they’re in place?

Company directors circulated rumors about the wondrous profits the company was making. The stock price went up. Then it went up more. The company took on a larger portion of the government’s debt. And everyone was happy. Except of course the slaves, who’ve been shoved to one side of the story anyway because unless all hell breaks loose–as it does periodically and has recently if you follow the news–history’s about the rich and powerful.

Buying South Sea Company stock became a mania. Everyone with two guineas to rub together wanted it. The price rose to something like ten times its original price.

And then the price crashed. In part because the trade that the company was going to get rich on turned out to be more restricted than they’d hoped. Blame wars. Blame treaties. Blame all kinds of complications.

But I said “in part,” so we need at least one more part to keep things in balance. The other part is that people lost confidence.  You can’t read much about the South Sea Company without someone telling you about the loss of confidence. What does it mean, though?

It means the whole thing had been a Ponzi scheme: You only made money if you convinced other people that they could make money. That pushed up the price of your shares. Look at how much that paper in your hand is worth! You’re rich!

Then some spoilsport started yelling that none of it was real–the pea wasn’t under any of the shells. Or–new metaphor–the poker chips were just bits of colored plastic (which hadn’t been invented yet). You couldn’t buy so much as a sandwich (which also hadn’t been invented) with them.

Or forget both metaphors. There was no money to be made by owning the stock and its price collapsed. People who had fortunes lost them. People who’d taken out loans using their stock as security or sold land or property to buy shares went bust. Bankruptcy listings hit an all-time high.

To give you a quick picture of the moment, I’ll get out of the way and quote Jenkins: “The Riot Act had to be read in the lobby of parliament. Stanhope had a stroke in the House of Lords and died. The Postmaster General took poison and the chancellor of the exchequer . . . was thrown into prison.”

Everyone wanted someone to blame the disaster on, so the Commons set up an investigation, and this was when a lot of people who had reputations lost them. The king, however, wasn’t among them, even though he and his two mistresses had gotten involved in some questionable transactions. As had everyone with money for miles around. Sir Robert Walpole managed the investigation by sacrificing a few visible politicians and leaving the rest to skip merrily on.

One of those he didn’t save was Sunderland. Remember the Earl of Sunderland? One of the people whose name I said we wouldn’t remember? He resigned and Sir Robert Walpole replaced him as the first lord of the treasury, making himself pivotal enough that he effectively became the prime minister–Britain’s first, although the title didn’t come into use until later. The king gave him a house in Downing Street, which Walpole insisted should go with the job, not stay with him. And there you have 10 Downing Street.

Larry the Cat has done well out of it.

42 thoughts on “The South Sea bubble and the national debt”