Annie Besant was, in more or less this order, an intensely religious child, a minister’s wife, a campaigning secularist, a brilliant public speaker, a writer, a socialist, a champion of everything from trade unions to birth control to feminism, a Theosophist, a Briton in colonial India, and a campaigner for Indian home rule. She adopted (sort of) an Indian son who she promoted as a new messiah and the incarnation of Buddha.

Along the way, she won exactly zero awards for consistency, so maybe we’ll want to slow that down a bit. 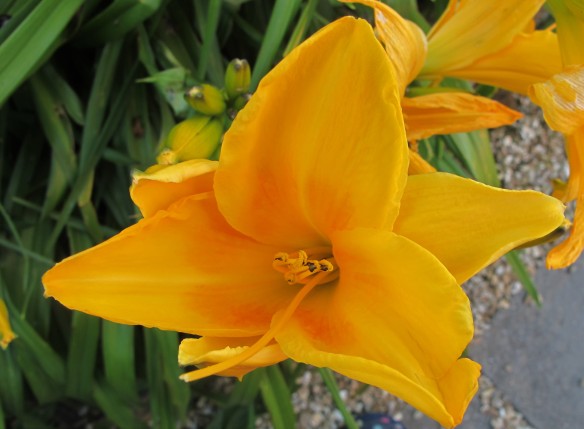 She was born in 1847 (her birth name was Annie Wood) and she got, for a woman of her time, a good education. She married a clergyman, Frank Besant, who’s described by the only article I found that bothered to describe him at all as stiff-necked and charmless. He’s basically a prelude to her story and most articles drop his name in and move on. She married him because he proposed and she didn’t want to hurt his feelings. She wouldn’t be the first woman who married someone because she couldn’t think of anything else to do that afternoon. We can inch out on a thin limb and say that the relationship didn’t get off to a good start.

They had two kids, and both were difficult births. When she suggested doing the limited things that were possible then to keep from having a third, he beat her. Which was perfectly acceptable at the time, at least to the world at large if not to her. Whether that was the first time I don’t know, but it wasn’t the only one.

At some point, she began to question her religious beliefs and in 1872 she heard  Charles Voysey preach. He was a dissenter who challenged the authority of the Bible and the perfection of Jesus. Through him, she met Thomas Scott, whose beliefs were even more radical and who encouraged her to write a pamphlet on what she believed, which he then published as On the Deity of Jesus of Nazareth: An Inquiry into the Nature of Jesus.

All hell broke loose at home and Frank presented her with two choices: Take communion publicly and regularly at his church or leave home.

She chose, as she put it, expulsion over hypocrisy.

She moved to London with one of their kids, a girl, and continued to write pamphlets for Scott. Frank stayed in Wherever with their other child, a boy.

In the 1870s, Besant joined the National Secular Society, and here we need to stop and make sense of why secularism was a thing:

The Church of England, as the established church, had the power of the state behind it. It didn’t rule as many aspects of life as it once had, but it still ruled plenty of them. Divorce had only been taken away from church courts in 1857. Paying church rates–basically a tax you owed to the church–had been made voluntary in 1868. It wasn’t until 1871 that religion stopped being a requirement for university admittance. A non-believer still couldn’t be an MP unless he–and he had to be a he at this point–was willing to put his beliefs in his back pocket and swear a religious oath. In 1888, atheists and people whose religions didn’t allow them to take oaths were first allowed to solemnly affirm instead of swearing a religious oath. But church doctrine still influenced a wide assortment of laws, including one forbidding cremation, which didn’t become legal until 1902. And, of course, it influenced people’s thoughts and assumptions. Didn’t the Bible say the man was the head of the household? Didn’t it give him permission to beat his wife?

All this meant that being a campaigning secularist wasn’t just for those pains-in-the-ass who couldn’t pass up the chance for a philosophical fight over dinner. It was for people who wanted to change society. Until you uncoupled religion from law and everyday life, any change you proposed could be challenged on religious grounds. Cremation? Birth control? Women’s right to own property and keep their own wages? It wasn’t enough that a change was harmless or life saving or entirely sugar free. If you could throw it out on religious grounds, it wasn’t valid.

Being a campaigning secularist was also for people who couldn’t make themselves pretend to hold beliefs that didn’t come in their size or style. And it was for scientists, who couldn’t use the Bible was the one and only authority. They had to explore the world on its own terms. This was an intellectually fertile time, and secularism was a necessary ingredient.

Besant began to write for the Secular Society’s paper and to speak in public, and forget what she had to say, a woman speaking in public was in itself shocking. She was by all accounts a brilliant speaker, and it didn’t hurt that she was small and pretty. Yeah, you can speak as a feminist and call for equality, but a certain number of people will go right on judging you by the old standards.

What number? Something along the lines of 99.7% back then. In today’s enlightened world, we’ve gotten it down to 99.4%.

You could argue that she was using the patriarchy’s weapons against it: You think I look like a woman should look? Good. Now listen while I set your brain on fire.

Of course, you can make an argument for just about anything. I haven’t a clue what her attitude toward her looks was, but they didn’t give her a free pass in any case. Beatrice Webb–who broke a few taboos herself–said that to “see her speaking made me shudder, it is not womanly to thrust yourself before the world.”

Besant quickly became a key figure in the Secular Society, denouncing religion as a force that kept women down and writing on the contentious issue of birth control. One of her arguments in its defense was, “We think it more moral to prevent the conception of children than, after they are born, to murder them by want of food, air, and clothing. . . . The wage which would support the parents and two or three children in comfort and decency is utterly insufficient to maintain a family of twelve or fourteen, and we consider it a crime to bring into the world human beings doomed to misery or to premature death.”

After she had a hand in publishing a pamphlet on birth control, her husband went to court, challenging her right to have custody of their daughter, and won.

In 1887, she joined the Fabian Society, a socialist group, where again she quickly became a powerful force, co-founding a weekly newspaper, the Link. At a Fabian Society event, she learned about the working conditions of the women who made Bryant & May matches. They worked fourteen hour days, faced fines that could cost them as much as half a day’s pay (and their pay was already miserable), and worked with phosphorus, which caused bone cancer and killed them by horrible stages. Sweden and the U.S. had banned its use, but the British–holding out, nobly, for free trade–declined to.

I do so admire politicians with principles.

Besant wrote about their conditions in the Link, and the company demanded that workers sign a statement saying they were happy with their working conditions. When one group refused, they were fired and 1,400 women went out on strike. The Link campaigned in their support, calling their conditions white slavery.

Have you ever noticed how white slavery shocks polite (and, yea, even impolite) society in an entirely different way than black slavery? That can even be true of people who you’d expect to know better. But let’s acknowledge Besant’s limits and remember that she was a person of her time and place. Being an idiot in one way (or several ways, come to think of it) doesn’t take away the wisdom she showed in others.

Crucially, the Link also raised money to support the strikers.

After three weeks, the company agreed to end the system of fines and met several of the strikers’ other demands. The women went back to work, forming the Union of Women Match Makers and electing Besant as its first secretary. The union soon opened to men as well and continued until 1903, inspiring the unions to organize the lowest paid workers, not just skilled craftsmen.

In 1889, Besant was elected to the Tower Hamlets school board with 15,000 votes more than the next highest candidate. She initiated reforms that included free meals for undernourished students and free medical exams for all students.

In the 1890s, atheism be damned, she started to be influenced by Theosophy, a religious movement based on the Hindu ideas of karma and reincarnation, and again became prominent, serving as its international president from 1907 until her death in 1933.

She moved to India and from 1913 on she became active in the struggle for independence, running a campaigning newspaper, New India, and starting the Home Rule League and the Women’s Indian Association. She drew back from Gandhi’s passive resistance campaign, though–he was  breaking the law and she couldn’t go that far–and her popularity waned.

And here we drop into the seedier side of her life.

A Theosophist, C.W. Leadbeater, spotted two young boys in Chennai and announced that one of them had an aura that would make him the World Teacher–the person who would bring enlightenment to the world–and he convinced Besant to take the boys in. She eventually gained custody from their father. (Yes, they had a father. She didn’t rescue them off the streets.)

It ‘s not irrelevant that the Theosophical Society had expelled Leadbeater over a sexual scandal involving adolescent boys and had only just reinstated him. More than that I can’t tell you. People didn’t talk about those things then.

Yeah, I think so too, but we don’t actually know.

Whatever did or didn’t happen behind the scenes, the Theosophists raised one of the boys, Jiddu Krishnamurti, to be the World Teacher, and the money rolled in. And Hindu-influenced as Theosophy may have been and supportive of home rule as Besant may have been, they raised the boys to dress and behave in the European style.

Krishnamurti and his brother, NItya, remained close to each other. They both studied law in England, where Nitya passed with honors and Jiddu didn’t pass at all. Nitya died of tuberculosis in 1925.

In some of his early talks, Krishnamurti claimed to be the reincarnation of the Buddha, in others, the vehicle for the messiah, and in others still the messiah himself. But in 1929 he broke with Besant, the Theosophical Society, and the idea of being a World Leader. He returned the gifts he had control over to the people who’d given them. There’d been plenty of them, but the Society had control of the majority.

He did become a teacher as well as a writer and lecturer and he promoted, among other things, the need for spiritual freedom, including freedom from teachers–something he knew a bit about.

Besant went on to promote Rukmini Arundale, a dancer and the daughter of a Theosophist, who took a style of traditional dance, bharata natyam, that was practiced by lower-class temple servants whose role included prostitution, and turned it into something to perform on stage, making it a respectable form for upper-class women.

Whether that satisfied Besant I can’t tell you. One article about Kristnamurti and Besant says she died heartbroken. Others just say she died.

We all do, sooner or later.

My thanks to Bee Halton, of The Bee Writes, for bringing Besant to my attention.

46 thoughts on “Annie Besant does Cristianity, secularism, socialism, and Theosophy”