We all just love good news, which is why we’ll try not to gag when we discuss Boris Johnson’s moonshot plan to test everybody in Britain for Covid all day every day, including when they’re asleep, working in their pajamas, or breaking and entering because they want to wear someone else’s pajamas for a change.

I know, but you do need to let me exaggerate now and then. It prevents explosions.

The moonshot plan is about ramping up Covid testing from 200,000 tests a day to 10 million a day by early next year. It would cost, at a wild and irresponsible guess (sorry–at a sober but preliminary estimate), £10 billion plus.

Plus how much? At those levels, who cares? By way of comparison, that’s roughly equal to the UK’s education budget, but since the alternative, at least in the scenario posed by the prime minister, is a second lockdown, it’s a bargain at twice the price.

Or something along those lines. 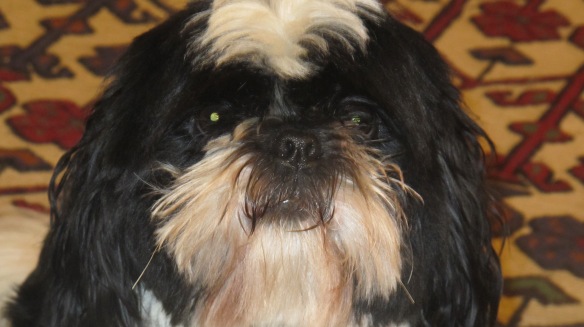 Completely relevant photo: Have I mentioned that we’re going to the dogs?

It’ll involve lots of private companies–some of them the same ones who are screwing up the current test and trace program–so I could see where we’d end up paying twice the price. For half the product.

Given that the current testing program is short of something–probably lab capacity but who really knows?–and is therefore suggesting that people drive to hell and back if they seriously want to get tested because Britain’s a small island and when I was a kid we walked to school. Through the snow. We didn’t stand around waiting for a bus to pick us up and moaning about a little rain–

Let’s start that over. Why do you people keep leaving me in charge?

The moonshot tests, or at least some of them, will give results in minutes.

No, one of the problems is that the technology to make this work doesn’t exist yet. Another problem is the public health leaders are screaming for more control of the current testing program because the companies running it are making such a mess.

This time, though, they’ll get it right. And I’ll be twenty again, only much smarter than I was the first time around.

Want another problem with the moonshot program? The government’s advisors weren’t called upon to advise before it was shot at the press. The National Screening Committee was sidelined on the grounds that the moonshot is a testing program, not screening.

“Mass testing is screening,” according to Allyson Pollock, the director of something very impressive at Newcastle University. I’d give her full title but we need to move on. Sorry.

See how British I’ve gotten in fourteen years? I apologize all the time. I don’t mean it, but I do apologize.

If I were Britishly British, though I’d write “I’ve got” instead of “I’ve gotten.” Don’t ask me to explain it, but I’ve discovered that the American version annoys the hell out of someone in the village who’s well worth annoying. I’d use it anyway–my speech pattern, c’est moi–but it does add joy to the words.

If the committee had been involved, it could consider the impact of false positives and false negatives and the social and economic impact of a large number of people being told to self-isolate.

John Deeks, a professor of something equally impressive at the University of Birmingham said, “There is a massive cause for concern that there is no screening expertise evident in the documents. They are written by management consultants. . . . Before you start, you have to make sure you do less harm than good.”

If a massive testing program really happens, is anyone talking about paying people enough that they can afford to stay home if they test positive?

Don’t be silly. It would set a bad precedent and make people lazy.

While the official testing program limps along, running short of whatever it’s running short of, the University of Exeter is buying its own tests for students and staff–saliva tests that promise results either the same day or the next. They’re made by an outfit called Halo, which says they’re wonderful. As they may well be, but I’d like to hear that from an unbiased source and so far I haven’t found one. With a different test, people who actually understand these things complained that although the company making the test reported that it registered very few false negatives or false positives, it’s possible to game the data and unless companies make their testing process transparent, no one will know if they have.

I don’t know if Halo’s transparent.

Covid cases have been  rising in Britain, but the number of deaths has stayed low, presumably because the infections are concentrated among younger people, who are less likely to die or be hospitalized. A fair number of fingers have been wagged at them for getting sick. They’ve been out seeing friends, drinking in pubs, eating in cafes, attending illegal raves.

Of course, the government’s been dangling vouchers in front of them–and the rest of us–to lure us into pubs and cafes so we could support the economy, as well as telling everyone working at home to get out of their bathrobes (which could use a good wash by now anyway) and relocate their hind ends to whatever office it is they used to work in. The economy can’t deal with this many people working from home.

That says something about how much sheer uselessness it takes to keep the economy rolling.

Now that more people are testing positive for Covid, though, it’s their own fault for listening to the government. They should’ve known better.

Why are younger people really picking up the disease? A combination of factors, probably. Many of them have jobs that put them into contact with the public, and with all the viruses the public carries. Some of them are careless. They’ve been told they’re unlikely to get seriously sick. The police have broken up some illegal raves, but the entire younger population of the country wasn’t at them,

You also have to figure that a lot of us who are retired are still in hiding, or semi-hiding, so we’re a little harder for the germs to find. Opportunists that they are, they jump into whoever they find.

What’s the government’s advice to  keep young people on the straight and narrow? “Don’t kill granny.”

There’s something unnerving about that as a way of mobilizing a nation.

No news from Britain is complete without a mention of Brexit:

Rod McKenzie of Britain’s Road Haulage Association warns us, or warns the government, or warns anyone who’s listening, which may not be anyone at all since the government listens only to itself, I don’t really exist, and we’re not so sure about you–

Can we start that over?

Rod McKenzie, of Britain’s Road Haulage Association, warns us that we’re “sleepwalking to a disaster with the border preparations that we have, whether it is a deal or no-deal Brexit at the end of December.”

He’s worried about supply chains being interrupted, especially on the heels of the Covid crisis.

Remember the beginning of lockdown, when everyone was stocking up on toilet paper and bread flour (or hoarding it, depending on whether we were talking about ourselves or our neighbors)? If you’re in Britain, it might be worth doing that again. I have a recipe that calls for both if you want it.

20 thoughts on “Moonshots and international law: It’s the news from Britain ”