The Prayerbook Rebellion started when Henry decided to divorce Katherine.

Yeah, that Henry. Isn’t it odd how we’re on first-name terms with people who wouldn’t have known us from the dirt under their feet?

By way of full disclosure, I set the start date a little early, just for context, so nothing happened for the first few years. Then in 1534 Henry founded the Church of England, with himself as its head. And–no one could’ve been more surprised than him–it decided to grant him his divorce, which the Catholic Church was being very crabby about. 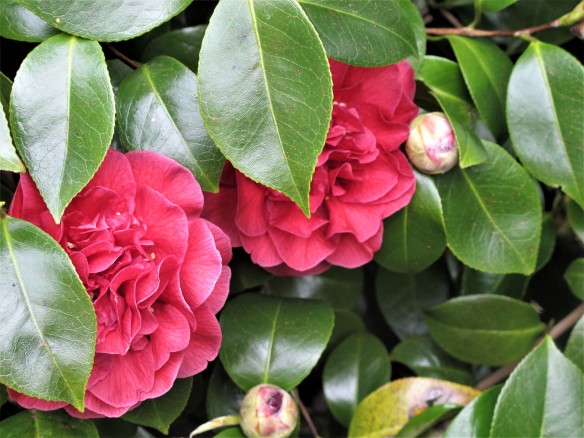 The reconfiguration of the church took on a logic of its own, and starting in 1536 Henry closed religious centers–monasteries, hospitals, nunneries, abbeys. Some of them served a purpose in their communities–as schools and hospitals. The confiscated land and the buildings went to the crown and a lot of it was sold off to the wealthy. Who else had that kind of money?

We’ll get to Cornwall any minute here. I promise.

In 1537, Henry banned the feasts on saints’ days. That included St. Piran’s Day, which is where I finally get Cornwall into the picture. St. Piran is Cornwall’s patron saint, and at this point we have a reaction on record: A fisherman from St. Keverne planned a protest and was arrested and probably executed. In Truro–Cornwall’s capital–a customs officer tried to stop a ship carrying people to Brittany to celebrate some unspecified saint’s day. He was pushed into the sea. The story seems to drop out of history there but let’s assume the ship got away and the people came back later and lived happily ever after.

The next year, pilgrimages were banned.

You get a sense of how life was changing, right? Anne Bolyn, who Henry divorced Katherine for, had been dead by Henry’s executioner’s hand for two years by now. I mention that as a reminder of how far all this had wandered from where it started.

Along with the ban on pilgrimages came a directive that churches had to use an English-language translation of the bible. When I first heard about that–this was, oh, maybe a hundred years ago–I thought it meant people could understand the book they considered holy. The problem was, English wasn’t Cornwall’s language. Cornish was.

It didn’t go down well. So let’s talk about the ways Cornwall was both a part of England and not English.

Cornwall as a country and a county

Cornwall was governed by England at this point, and it had been for a long time. Technically speaking, it was just another English county.  But it also had a distinctive culture: Not just its own language, but its own style of dress, folklore, naming customs, agricultural practices, and games and pastimes.”

High on the list of games and pastimes was pushing customs officers into the sea.

Cornwall also had two distinctive administrative institutions, the Stannary organisation, which oversaw tin mining, and  the Duchy of Cornwall. We won’t stop to make sense of those; we’ll just take it on faith they underlined its sense of separation.

Writers of the time–and well into the next century–wrote about the Cornish as a separate people, as distinct and recognizable as the Welsh, and about Cornwall as almost a separate country.

So that’s what we get to plunk onto the separate-country side of the scales. On the English-county side was an English gentry, which England had long since imposed on Cornwall, and the gradual inward seep of the English language.

It might not have looked that way at the time, but from our point of view we can see the Cornish language in a slow retreat from the Devon border down toward the tip of Cornwall’s foot.

Why’d that happen? The English gentry spoke English, although they may (or may not–I don’t know) have spoken Cornish as well. That made it useful to know enough English to do business with them, to work for them, to mix with them in whatever other ways the non-gentry mixed with the gentry. To people who cared about refinement, the fact that the gentry spoke English would’ve made English seem like the language of refinement.

Cornwall’s ports would also have been full of the English language and the people who spoke it. This was a time when it was easier to get from, say, London by sea than by road.

In 1547, colleges, hospitals, chapels, and guilds were closed, and no provision was made for anyone else to fill the roles they’d played in caring for the sick and educating–well, some small number of kids, but still it mattered to the ones who might’ve been able to take advantage of it, leaving a very practical gap. The next year, an English official was stabbed when he tried to take down an image in a parish church.

That makes it sound like a sudden thing. It wasn’t. The conflict had rocked back and forth for months, but we don’t do detail here at Notes. Twenty-eight Cornishmen were arrested and ten were executed for it.

Then in 1549, Edward VI–or at least his government, since he’d have been somewhere in the neighborhood of eleven–introduced the Book of Common Prayer. Which was in English. And it insisted that church services follow it. That demand’s called the Act of Uniformity, in case that rings any bells from your long-buried memory of history classes.

For all that Cornish was in retreat, it was still Cornwall’s language, and for many people it was their only language. This wasn’t bringing the church’s language closer to them, it was moving it further away.

Nationalism, meet outraged religious beliefs. You’ll find you have a lot to talk about.

Three thousand men gathered outside Bodmin–the geographical center of Cornwall, in case that’s of any relevance, which I suspect it isn’t–and drew up a set of complaints. They chose a leader, Humphrey Arundell, who was one of the richest and most powerful men in Cornwall and from an aristocratic English Catholic family.

Was he Cornish or English? These days, the only way to figure out who’s Cornish and who isn’t is by how many generations of ancestors a person has buried in Cornish soil. I’ve been told four. I’ve also been told two. Either way, I’m too late. Whether either of those was the standard then, when Cornish identity was more sharply defined, I don’t know. I know Arundell was born in Cornwall and that he had family in England. He could as easily have been moved by religious belief as by nationalism.

Either this set of complaints of a later one (sorry–the quotes have all gone adrift) said, “We will not receive the newe service because it is but lyke a Christmas game, and so we the Cornyshe men (wherof certen of us understande no Englysh) utterly refuse thys newe Englysh.”

Half the church’s confiscated land was to be returned.

The complaints were sent to the government, which shrugged its shoulders and ignored them, convinced everyone would settle down as soon as it was time for Coronation Street to come on.

Then, in the random way that these things tend to happen, a rebellion broke out in Devon, the neighboring county: A congregation forced its priest to conduct the service in Latin, and in case that wasn’t enough, a supporter of the book of Common Prayer was killed. Somehow or other things escalated and the next thing anyone knew (okay: the next thing I knew) an army was marching on Exeter, Devon’s capital.

You know how things can get out of hand, right? One day you’re killing someone over a prayer book and before you know you’ve got a whole damn army and you’re marching on the capital, thinking, How’d I get here? Do I really want to do this? Did someone think to bring sandwiches?

Arundell hadn’t wanted a fight, but the snowball was rolling downhill too fast. His army started off toward London. His plan was to talk to the government, with a few thousand soldiers at his back to serve as a megaphone, but on the way it took Trematon Castle, where some members of the gentry had holed up, and Plymouth. It also took St Michael’s Mount, which is in the wrong direction. This tells us that sat-navs (what Americans would soon learn to call GPSs) were no different then than they are now.

Plymouth, by the way, isn’t in Cornwall, it’s in Devon, a change that’s marked by the River Tamar, which is wide enough at that point that you’d be hard put not to notice it. It’s also very wet, both there and along its entire length. But like I said, snowball; downhill; and melting gently in the Tamar’s waters. Who’s going to argue about county borders when all that’s going on?

At roughly this point, the Cornish and Devon armies joined together and laid siege to Exeter for five weeks, and they would have blown up the city walls but their gunpowder was too wet. That’s the English weather for you.

The Cornish weather’s no better.

In London, the news that a Cornish army was marching on London caused a panic. Bridges were pulled down. Plays were banned–they might turn people against the government. France rubbed its hands and declared war.

The leaders of the Cornish on Devonian armies wrote the government again, saying essentially the same thing: “We will have our old service of matins, mass, evensong and procession in Latin as it was before.”

This time the government wrote back. Three times, in fact, all of them saying no. In a long-winded, oddly spelled sort of way.

Several battles were fought, and I won’t drag you through them. The English army was bigger and the Cornish and Devonians lost. In one battle so many were captured that the English were afraid they’d lose control of them and slaughtered them instead.

In the final battle, 1,400 were killed and the survivors fled. Arundell went into hiding and was captured (his servant turned out to have been working for the English). He was taken to London and with other leaders of the rebellion was hanged, drawn, and quartered.

Which kind of makes getting slaughtered en masse by the people who captured you look almost good.

His lands were also confiscated and given to the leader of the English army that had defeated him. He was past doing anything with them by then, but it meant his family lost out.

All told, some three thousand to four thousand Westcountry men were killed, including some priests and mayors hanged after the rebellion was over. According to one source, hundreds may have been killed for taking part–including many who may not have had anything to do with the uprising.

Mind you, I’m not sure how welcome the translation was in Wales.

Stained glass windows were broken out of Cornish churches and images with any scent of Catholicism were destroyed, as they were elsewhere in England.

Maps stopped showing Cornwall as a separate nation, and by 1700 you don’t find anyone writing about it as almost a separate country.

Ironically, the defeat of the rebellion, which was against the king’s new religion, set Cornwall up to support the king during the Civil War. The king was seen as British and the Parliamentary Army was seen as English. I suspect you had to be there at the time for that to make sense. The Parliamentary Army was also far more Protestantly Protestant than the king’s. I don’t know how heavily that weighed on the scales, but I assume it mattered.

When the king was defeated, it was another whack on the head for Cornwall’s status as an almost-country of its own.