Cockington, a village in Devon, has elected a shetland pony as its mayor.

The pony’s name is Patrick, he’s four years old, he works as a therapy animal in hospitals and schools, and at some point after the pandemic started his person brought him to the local pub to help people who were struggling with–well, whatever the pandemic had them struggling with in the pub.

As a logical outcome of all that, when the previous mayor–a human–died in 2019, 200 people signed a petition supporting Patrick’s candidacy on the grounds that he was “non judgemental and genuinely caring and supportive to all.” 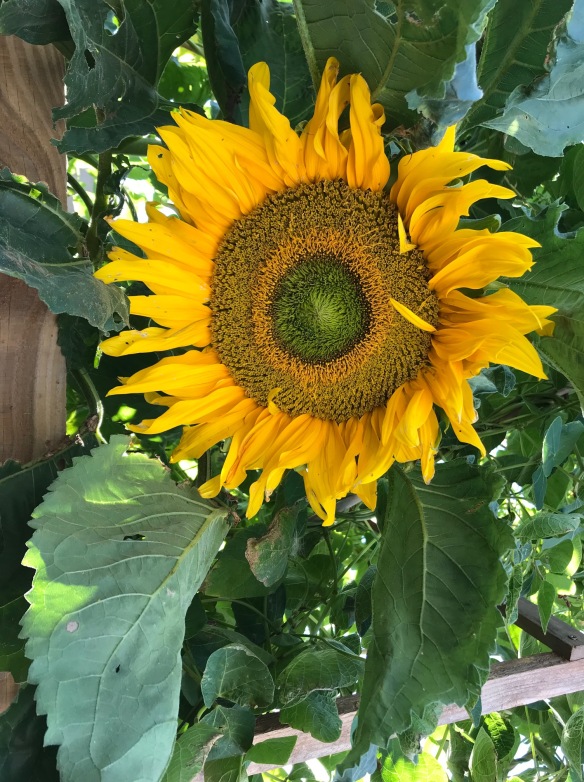 Disappointingly (especially in view of my  misleading headline), the best the village could do was to make him the unofficial mayor, but he did have a very official-seeming ceremony and his own office. And all was well until someone complained about him being in the pub and the Torbay Council–that’s the local government–stuck its nose in and announced that the pub needed planning permission for Patrick’s pen and for animal grazing.

That meant money, so the pub dismantled Patrick’s enclosure. (I think that was his office, but I can’t swear to it.)

Why did someone complain? One local suspects jealousy. “It’s someone who also thinks they are mayor of Cockington.”

On the other hand, the council hasn’t banned Patrick from visiting the pub. Which is good because he ‘s developed a taste for Guiness.

Liz Truss, one of the two remaining candidates for the leadership of the Conservative Party and (ever so incidentally) the country, briefly proposed saving £11 billion by reducing the cost of the civil service. In headline-speak, that was going to be a War on Whitehall Waste, complete with capital letters.

Most of the savings were going to come through cutting civil servants’ pay and vacation time and it would save £8.8 billion.

Why is that £8.8 billion instead of £11 billion? No idea. I’m allergic to numbers. But it doesn’t matter, because according to Alex Thomas, program director for the Institute for Government, the total bill for the civil service comes to around £9 billion.

What the proposal meant, he explained in a tweet, was not just cutting the pay of civil servants, who politicians love to attack, but also the pay of nurses, doctors, and all the important but less picturesque people who keep the National Health Service running, plus (while we’re at it) teachers.

Truss backed away from the proposal as soon as the bricks started flying, but if the local council orders the pub to tear down her enclosure, I’m not sure how many people will protest.

News from the art world

I don’t know why I think this next story follows from that, but what the hell, it’s about money, so let’s put it here: A New Zealand artist is asking $10,000 NZ for an artwork that (if you have an eye for art) you’ll recognize as the pickle slice from a McDonald’s cheeseburger that’s been thrown onto an art gallery ceiling.

That’s the pickle, not the whole cheeseburger. I do think it’s important to get these details right.

The rest of us, barbarians that we are, will probably think it came from some low-rent, cheeseless quarter-pounder. But no, this pickle slice not only comes from a cheeseburger, it’s classy enough to be a “provocative gesture” designed to question what has value–or so the gallery says. And since art-speak has lots of value, it must be so. At least until the bugs get to it.

The work is called  “Pickle.” If you buy it–and I know  you’d love to–you’ll get instructions on how to recreate it in your own space. But you’ll have to buy your own burger and remove the pickle, so that’ll cost you $4.44 NZ on top of the $10,000.

Or you can just paste a pickle to your ceiling and save yourself $10,000 NZ. If you need a bit of rhetoric to justify saving money on art, I’m happy to work with you on that. For free. Art-speak isn’t my specialty but I’m pretty sure we could, in combination, come up with something and then add art-speak to our CVs.

Can we go back to politics now?

…or at least to the corner where politics and money meet and where so many politicians aspire to live?

The Summit of the Americas brought together both of the above in the interest of promoting investment and development and profit. Who could possibly object?

Yes, I know you could, but the question was rhetorical so please put your hand down.

Since the people who attended have no need of free goodies, they were given expensive goodie bags, demonstrating yet again that to those who need not shall free stuff be given. And it was in that spirit that the US Chamber of Commerce (purpose? “We . . . fight for business growth and America’s success”) promoted US business by handing out goodie bags with  sunglasses and insulated drinking bottles stamped with the words “Made in China.”

From the International Relations Desk

Denmark and Canada have ended the Whiskey War.

A fifty-year squabble over the uninhabited Arctic rock called Hans Island,which is less than a square mile–and for reasons I’ll never wrap my head around that’s not the same as a mile square. You’re welcome to explain that to me as long as you don’t suffer from the illusion that it’ll help.

The battle began with a boundary dispute over the Nares Channel, which separates Canada and Greenland. That was settled in 1973 but the two countries are close enough to Hans Island that under international law both had a legitimate claim to it.

And who wouldn’t want to claim a small, uninhabited, and apparently useless rock if international law says you can?

What does all this have to do with Denmark, you ask? Greenland’s an autonomous territory of Denmark, which means Denmark had a dog in that fight–or as a friend insists on putting it, an animal in that barn.

The two sides eventually came to an agreement about the unimportant stuff but had to postpone the contentious issue of Hans Island. Then in 1984, Canada landed, planted its flag, and buried a bottle of Canadian whiskey. Denmark responded by replacing the maple leaf with its own flag and leaving a bottle of schnapps, along with a note saying, “Welcome to Danish Island.”

And so it went back and forth for 49 years, through multiple flags and lots of booze, until in 2018 the two countries agreed to split the island.

Why are we only hearing about this now? Is it one of those things the Deep State doesn’t want you to know?

Well, no. Both countries needed parliamentary approval before they could commit themselves on anything this momentous, so it’s taken time. When the news broke in June, it looked like both sides were ready to declare peace.

I don’t know who’s been opening all those bottles, but I’m sure they’ll miss the war.

And related to none of that…

The Encyclopedia Britannica’s One Good Fact email informs me that the first ever webcam was set up to monitor a pot of coffee “so scientists wouldn’t have to go check if it was empty.”