Americans think tea’s something you drink with your little finger in the air, as if you’d broken it and put it in a splint. We think it’s something you put on a funny accent to ask for. And America’s tea snobs reinforce that. You can’t just drink tea, you need tea made from leaves that were picked while the morning dew was  still fresh on the plant and which were then individually dried and sung to the whole time—by a tenor, thanks; a soprano might crisp the edges and a bass would leave them open to mold. And you need to pay lots o’ money for the resulting tea. I’ve been to restaurants, when I still lived in the U.S., where asking for a cup of tea meant the waiter had to haul out a wooden chest left from the time when restaurants kept a set of dueling pistols on hand in case, you know, a customer needed them. Only now it holds a complete set of hermetically sealed packets, each entombing one lonely teabag. And after all that, they bring you water that isn’t hot enough to lift any flavor out of the tea so you end up with, basically, a cup of bath water. 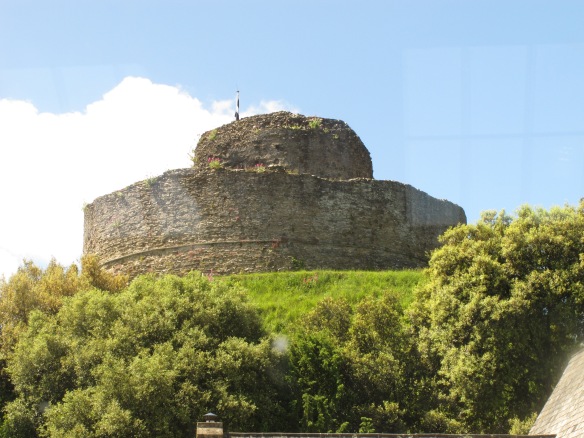 An English friend was so traumatized by her visit to the U.S. that she still talks about “that gray stuff you call tea.”

I hate restaurants like that. Not because of the tea. And not because everyone who works there is dressed better than I am. I’m used to that: I’ve always been dyslexic about style and have now gone entirely post-fashion. It’s because I keep thinking I’ve wandered into some private club and the butler’s going to throw me out any minute.

Are there still butlers loose in the world?

Anyway, tea: In Britain, it’s just a drink. If someone comes to fix the leak under your sink, you ask if they want a cup of tea. If you want to know why three guys are digging a hole in the middle of your street, you wander over and ask if they want a cup of tea. Add a biscuit—which is a cookie, and it doesn’t even have to be homemade—and they’ll tell you anything you want to know. Tea is the kind of drink you put in your thermos to take to work, if you happen to take a thermos to work. People talk about ordinary tea, or breakfast tea, to distinguish it from the fancy teas—Earl Grey, say, of green, or herbal (they pronounce the H). A. calls it builder’s tea, and sometimes builder’s butt tea. Her husband’s a builder, so she gets to say stuff like that.

A builder, by the way, builds buildings. Or fixes them. And a joiner’s a carpenter, not someone who belongs to a lot of organizations. All of them will drink tea. And so should you if you visit, because Wild Thing, who was once a dedicated and not at all fussy coffee drinker, tells me the coffee’s terrible. I gave up coffee long before I moved here, so I can only take her word for it.

A cup of tea is also a measure of time. If I drop by someone’s house and they offer me a cup of tea, they want me to stay long enough to drink it. Friendship is a highly caffeinated undertaking.