I’ve lived in Britain for fourteen years, but you (or at least I) don’t stop being an outsider just because time’s passed. What I’m working toward telling you is that after all those years and in spite of heroic efforts, I still don’t know–never mind use–all Britain’s available swear words.

Back in 2016, the Independent offered help to people like me, reporting that Ofcom, Britain’s communications regulator, interviewed 200 people about what they found offensive and then sorted the words into 3.2 categories, mild, medium, and strong, with a small subset of very strong.

If the list was published in 2016, it’s not exactly news, but I just found it and I’d bet a batch of brownies that not a lot of you will have seen it either.

If you took that bet, you can either fax me a batch or send them as an attachment. 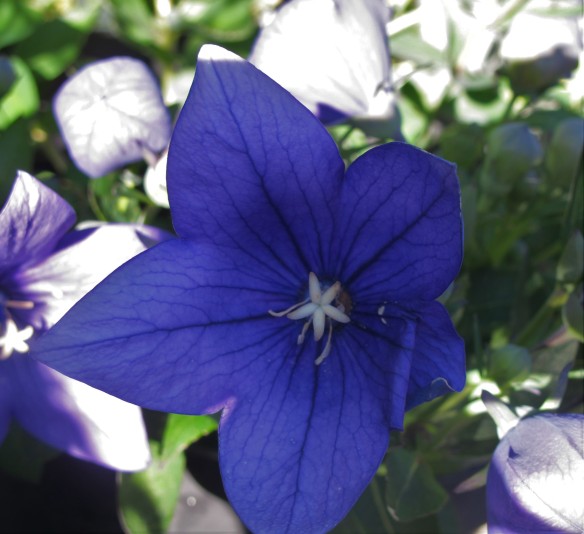 Ofcom isn’t necessarily recommending the words to us, just thinking through what can be used on the air when.

It defines mild swear words as words that are okay to use around kids, so they’re not banned before 9 pm, when a great national gong sounds and all the kiddies are chased to bed lest they hear something terrible.

The moderate words might or might not be acceptable before 9. That’s not a whole lot of guidance if you’re the person who’ll catch hell for making a provocative decision, but on the other hand it allows you all the wiggle room you could want.

The strong words can be used only around people who stay awake after 9 pm, which some nights leaves me to provide my own damn swear words.

What Ofcom was doing, I gather, was updating its list and checking it against the latest cultural shifts. If you want the full list, you’ll have to follow the link, but I’ll give you a few highlights:

In the mild category, I found ginger. That’s what they call redheads here, and I do know that the culture has a thing about redheads, although I don’t know why. My best guess is that it has something to do with Norman (or Anglo-Saxon–what do I know?) dominance over the Celts, who cling stubbornly to their habit of producing redheads. A culture’s dominant group always finds reasons to look down on the people they’re dominating. So ginger as an insult? Yup, there we go again.

But let’s be clear, I’m putting together two bits of information that may not want anything to do with each other. Take my explanation with a grain of salt. Or a full teaspoon.

What other insults are mild? Damn. Sod off. God. Cow. Arse.

I’ll stop here so I can explain, for the sake of anyone who isn’t British, that the cow on that list isn’t an animal in a field that says “moo.” It’s an insult applied to a woman–especially, Lord Google tells me, one who’s stupid or unkind. It also falls into the category (I think–remember, I’m an outsider here) of mild or everyday sexism, although it’s used by both men and women.

The “I think” in that last sentence is only about the idea that it’s mild, not that it’s sexist. There’s always a way to insult you if you belong to the nondominant group.

As for arse, it’s the part of your anatomy that you sit on. Why it has an R when the one that Americans sit on is R-less and generally spelled differently I don’t know. Possibly to distinguish it from an animal that stands in a field, is able to carry burdens or pull things, and isn’t a horse, although Americans use the same word for both and for the most part know which one they’re talking about.

When I came to the medium-strength list, I started finding words I don’t recognize: bint, for example, and munter.

On the strong list, I found beef curtains, bloodclaat, flaps, punani, and clunge. The internet being what it is, I could look them all up, but I suspect I’ll enjoy them more if I don’t. And I don’t need to know. The reason I haven’t heard them isn’t because my friends don’t swear (although, now that I think about it, not many of them swear as much as I do) but because they don’t swear with these particular words. Maybe the words are falling out of use and maybe (medium range or not) they’re disgusting, so my friends are boycotting them.

We’ll leave that as just one more mysterious thing about Britain.

In the U.S., it’s the Federal Communications Commission that decides what’s allowed on the airwaves. Back in prehistory, I hosted a radio call-in show and we worked with a list of seven words that would break the airwaves if we said them, and before we went on the air I recited them sweetly so guests would know what to not say.

Okay, not sweetly. I never could do sweetly and I never much wanted to. I recited an unemotional and absurd string of forbidden words. But it wasn’t an official list. The FCC never supplied us (or anyone else) with one. We were relying on comedian George Carlin’s 1972 list of seven words that you couldn’t say on TV. It didn’t have FCC approval, but it was as good as anything else.

After a while I could only remember five. And I’m not sure they were the same five each time. I could’ve substituted a couple of random choices, but five was enough to sketch out the territory. We were working on a seven-second delay and I never had to bleep any a guest, although I did bleep a caller or three.

The FCC, like Ofcom, sorts what you can’t say into three categories, but they’re not the same three (or three point two). “Obscene content,” the FCC website says, “does not have protection by the First Amendment. [That’s the U.S. Constitutional amendment guaranteeing freedom of speech.] For content to be ruled obscene, it must meet a three-pronged test established by the Supreme Court: It must appeal to an average person’s prurient interest; depict or describe sexual conduct in a ‘patently offensive’ way; and, taken as a whole, lack serious literary, artistic, political or scientific value.”

You want to know this stuff, right?

“Indecent content portrays sexual or excretory organs or activities in a way that is patently offensive but does not meet the three-prong test for obscenity.

There’s something inherently absurd about sitting down to sort this stuff into boxes, isn’t there?

Sorry. I’ll shut up and let the FCC finish.

“Broadcasting obscene content is prohibited by law at all times of the day. Indecent and profane content are prohibited on broadcast TV and radio between 6 a.m. and 10 p.m., when there is a reasonable risk that children may be in the audience.”

What we learn from this is that American kids stay up later than British kids.

But how do you figure out what word goes in which box?

“Determining what obscene, indecent and profane mean can be difficult, depending on who you talk to,” the website admits.

“In the Supreme Court’s 1964 landmark case on obscenity and pornography, Justice Potter Stewart famously wrote: ‘I know it when I see it.’ That case still influences FCC rules today, and complaints from the public about broadcasting objectionable content drive the enforcement of those rules.”

Then they run out of the room and leave you to figure out what you’re going to do.

When I was hosting the radio show, websites didn’t exist. No one handed me FCC guidelines and I didn’t think to search them out. George Carlin was as accurate as anything that came to hand, and having read the guidelines I’d say he probably still is.

If you’ve been around here a while, you will have figured out that I don’t offer advice on relationships, weight, or money, which are the only three things people truly want advice on. I don’t assume you’re trying to improve yourself and I’m pretty sure I couldn’t help if you were. But I’m about to give you one bit of advice on a topic that no one asks about: swearing. Here it is: Don’t use swear words you don’t understand. It won’t end well.

If you have to look one up, if you can’t hear all its echoes and implications, you don’t understand it.

In fact–more advice coming–don’t use non-swear words you don’t understand. A philosophy professor once told me about a student paper that read, “When we consider the obesity of the universe, we know there must be a god.”

You won’t find me calling anyone a clunge. I’m not even sure it’s a noun.