Some days the government gives me so much to make fun of that it’s just embarrassing.

Not so many days ago that we’ve forgotten about it yet, the government announced with great fanfare and many imaginary trumpets that it was buying protective equipment from Turkey to make up for the shortfall it had created.

Okay, they didn’t say it that way. It was something about the shortfall that mysteriously created itself in spite of our government working day and night to procure the best equipment that our heroic frontline staff needs.

Anyway, a shipment was on its way. Along with a few more notes from the trumpets.

After mysterious delays, the shipment limped into the airport and turned out to be less than a tenth of what they fanfare’d.

Now the story’s worse than that: The 400,000 surgical gowns that did arrive are unusable. Or possibly most of them are unusable. I’ve heard the story both ways from different news outlets, probably because the trumpets are interfering with reception.

Either way, the gowns would expose the users to infection.

Stop, people. It’s not Christmas. I have more than enough to work with. 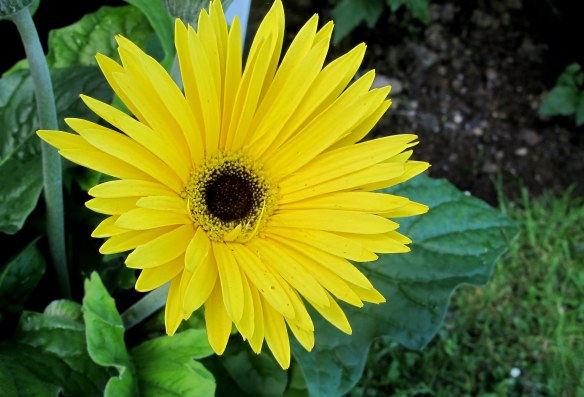 Speaking of protective gear, Robert Jenrick, the housing, community, and local government secretary offered an explanation of why we’re having so much trouble getting protective gear where it’s needed: “Supply . . . in some areas is in short supply.”

Once you understand that, you can be more sympathetic.

Apologies for a messy link here. The quote’s in there, but you’ll have to dig around a bit.

Forgive me for recycling something I already put on Twitter, but our cat, Fast Eddie, brought dead rats home for two nights running, and he has me worried: If this keeps up, who’s going to run the country?

Now, about that tracing app that People Who Know These Things say may not work: Here’s the problem–or here’s the part of the problem I understand. The app relies on a kind of herd immunity. Not the kind that, if enough people die of Covid-19 and enough people get it but don’t die, will protect the people who did neither. This is virtual herd immunity. It relies on some minimum number of Android users in an area signing up for the app. If they don’t, it won’t work.

The root of the problem is that Android phones aren’t allowed to stay connected to Bluetooth for long once they’re minimized. Basically, they hang up. Once that happens, the phone won’t register contact with an app on a nearby phone. So if one of the people carrying those phones is infected or needs to be told that the other person is? Even if when they passed each other they fell into each other’s arms and kissed with 46 minutes worth of passion, the apps on their phones would ignore each other.

The only way to keep the app awake on an Android is for its owner to pass by a whole bunch of other Android owners who are all using the app. If that happens, their phones will chastely brush electronic feelers and the app will send the information to a central database.

Australia tried something similar in its app and now says the app “progressively deteriorated.”

The UK government is now “open” to the possibility of ditching the app and using a different one.

No, I don’t know how much that detours cost either.

Astronomers have found a black hole a thousand light years from Earth. That’s close if you’re an astronomer. It’s in (or “among,” and I haven’t figured out what the difference is in this context) the beautifully named HR 6819 system.

What’s that got to do with the pandemic? The black hole is where all the missed targets are being shipped. And the missing protective gear? It’s there too. That’s why supply has been in short supply in undersupplied locations.

A new shipment of bad news has been launched in its general direction but will probably miss by a few dozen light years.

I’m always a day or three behind the actual news here. It’s one of the many reasons I recommend reading actual newspapers. The real ones (as opposed to the bottom feeders) are better at this than I am. Even when they’re not funny.

Stay well, everyone. Even when it starts to feel delusional to hide from something invisible, remember that it’s real.