Let’s go for a quick dip in the spam bath, everyone, because our lives aren’t absurd enough already.

A lot of spam is written by people whose first language isn’t English. (Some of it doesn’t seem to be written by humans at all, but that’s a whole ‘nother issue.) I don’t make fun of people for not writing or speaking perfect English–at least not unless they’re trying to correct mine, as one spammer did. I’ve wrestled with enough languages to have great respect for people who can communicate even marginally in languages they didn’t learn as kids.  But if you’re sending out spam–messages that are meant (I assume, although I’ve never really understood the strategy behind them) to appear professional, or at least coherent–then sorry, but everything’s fair game.

For the record: I speak Spanish just well enough to hear how badly I speak it. I panic in several other languages so effectively that all I can hear is the sound of my brain moving the furniture to look for lost words. I do not send out spam in any of those languages.

Enough of that. Here’s what I found in the blog’s spam folder recently:

“We spent most of my puerility and all of my teenaged holidays near Land’s End, and we visited a few of the ancient monuments.”

Now, I do know puerile‘s a real word, but I’ve never really been able to believe it means childish. I keep thinking it should have something to do with pork. (That’s probably because I learned the Spanish word for pork, puerco, long before I saw the English word puerile, and if the connection isn’t obvious to you, don’t worry about it; it doesn’t have to make sense.) Puerility‘s also a real word, although I’ve never seen it used or heard anyone breathe life into it, so I’m going to guess it’s not on anyone’s top ten most used words list.

In spite of that, I’m prepared to testify that it’s not supposed to be used this way.

Still, I might’ve thought this was a real (if awkward) comment if it hadn’t opened with “Because, permit’s font it, back then the suspect ones would give been those anti-social weirdos who (then as now) opt to sopor alone – always assuming that they could yield their own(a) beds, of class.”

To which I can only say, “Listen, buddy, some people like to sopor alone, in their beds or in the damned kitchen if the mood takes them, and who the hell are you to get all judgemental about it?” 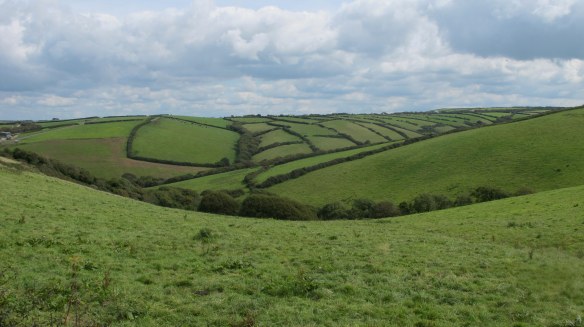 Whew. I feel better having said that.

Next up: “naturally like your web site but you need to test the spelling on quite a few of your posts. Several of them are rife with spelling issues and I in finding it very bothersome to inform the truth on the other hand I will definitely come back again.”

I in finding it very bothersome myself. Will somebody hire this person as a proofreader, please? The English language will never be the same.

After that came: “It is essential that women that are pregnant make a labour program ahead of the wedding event arrives. It is because when a girl is at labor, she may possibly struggle to make selections like she generally does. Make sure you possess a handbag stuffed, opt for that you want in the room whenever you give birth.”

Whenever? Excuse me, but giving birth isn’t a whenever kind of event. I know some people have lots of kids–my grandmother had eight–but even then, it’s not something you do on a whim. It’s a big deal, people.

But there’s more here than just that. I wouldn’t swear to it, but I think the writer’s recommending that the woman give birth into the handbag. Or possibly in it. I admit I’ve never given birth, but neither of those seems like a good idea. I haven’t carried a handbag in decades, but I do remember what mine was like when I did. The backseat of my cab would’ve been more sanitary. So would the pavement at the corner of Hennepin Avenue and Seventh Street.

I don’t actually know anyone who’s scheduled a wedding for a time when she was likely to go into labor. But if you’ve got a wedding coming up, it’s something you might want to consider when you get to the part of the brochures that say, “Are you looking for a way to make your big day truly memorable?”

The next comment may be related to the previous one, in a backward sort of way: “Will not spend your money on bedbug bombs. Alternatively, get some good Alpine Dust or some Phantom Aerosol and apply these products to your mattress. These no-repelling merchandise is toxic to sleep pests along with other pest however are extremely hard to identify, which means the insect is not going to conceal from it.”

I’m past the age where it’s is an issue anymore, but there was a time when I’d have paid good money for a phantom aerosol that repelled pests from my bed. Where the hell was this advice when I needed it?

That survey cleaned the best stuff out of my spam folder, but (since we all know you hang on my every word) I thought I owed you more, so I dipped back in over the next couple of weeks and eventually I found this:

“A dog’s label must basically be employed when positively getting together with the animal. Contact the dog’s brand to have him to come to your part or call his brand while you are serving his supper. Don’t, even so, contact your dog’s name if you are unhappy with his or her measures. The canine would in a negative way relate by using penalty.”

Now I do understand that a lot of people on the internet think of themselves (or their pets) as brands and have vague hopes of money flying through their windows if they sell themselves (or their pets) hard enough. And we have two dogs. So far, though, they’re completely innocent of all commercial activity and don’t think of themselves as brands. And for good goddamn reason. No one’s going to look at them and think, If only I had a dog like that my life would be complete. They’re dogs, and most of the time, they smell like dogs. Give them a chance and they’ll roll in dead fish and steal dirty underwear. If they can do both at once, they’ll be in ecstasy.

The point is, I don’t want to contact my dogs’ brand. I’d rather deal with the dogs directly: Bad dog. Put the underwear back where you found it, and no, we’re not going to negotiate this through your agent. Until you learn to dial the phone yourself, you don’t have an agent.