The Divorce Diet ebook is on sale from today until August 7 “at all major retailers,” the publisher tells me. Cost? $2.99. Apologies for posting the information twice. The first time was well before it actually went on sale and as soon as I hit Publish it occurred to me that I should have waited. Clever me. So here’s the news again.

What’s The Divorce Diet? A novel dedicated to every woman who ever walked away from a relationship. Or a diet. And it happens to be mine, so I’m doing a little shameless promotion here. Chapter one is online if you want to give it a taste test.

The Divorce Diet is available today, and having promo’d it shamelessly up to now, I’m not doing that today. This is about waiting for some publisher or award committee to wave the magic feather of approval over your work.

A.L. Kennedy, speaking at an awards ceremony, said, “It’s a hard and a lonely life to be a writer—it’s not hard in the manner of being a nurse or a coal miner, but as a writer you have to believe in yourself a lot before anyone else does.” 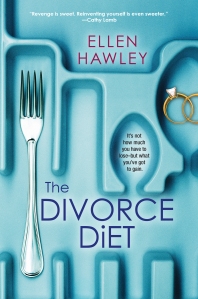 Some days it’s harder to believe in yourself than to think, Maybe I should just pack it in, which is probably why so many of us look to an outside source for proof that what we’re doing is worth the bother.

Before my first short story was published, I believed publication would transform me into—although I didn’t use these words, even in the privacy of my own head—a real writer. I still believed that before my first book was published, and my second book, and I’ve kept on believing it as The Divorce Diet, my third, worked its way toward publication. Somehow, we never stop believing in the good fairy, even after she morphs into the publication fairy. We still think that as soon as we’ve proved our worth she’ll wave that magic feather. The problem is that the way we have to prove our worth keeps getting harder. There’s always one more test. I’ve read about famous writers who felt slighted because they hadn’t won the Pulitzer, the Nobel, the Massive Damn Whaddayacallit Award. They were still waiting for the publication fairy and her fancy feather.

But before writing can be about publishing, it’s about the act of writing: putting one word after another; and even before that, it’s about finding the place inside you that needs to speak, and charting a path from that place into the world. And then—once, twice, and a thousand times—it’s about believing that the act is worth the effort.

And after you get published? It’s still about the act of writing. We keep going back to that or we’re lost.

I’m writing this in advance of the TDD’s actual release date, so I can’t report on how I feel moment by moment, but I can predict pretty safely: At some point I’ll remember that what day it is and I’ll look around for a big feeling to match it, and it won’t be there. I’ll be the same me that I’ve always been. And when I next sit down to write, I’ll be the same writer I was before, not some magic-feathered genius.

Let me go back to A.L. Kennedy. She’s worked, as a writer, with “people in care homes and hospitals: psychiatric outpatients, people in prisons, people trapped in their own homes, people with all kinds of degenerative diseases or learning difficulties.” And writing could be life-changing for them not “necessarily …because they will end up being writers professionally,… [but] because they get practice to find the words to say who they are and what they want and how their world is and—in short—they will find their voices. And having a voice and knowing you can use it is a very beautiful thing.”

If you blog or write for other reasons, you know this, but it’s easy to lose track of in the scramble to transform ourselves into whatever we think real writers are.

I’m not saying that recognition doesn’t matter. I want it as badly as the next fool. But never think that it’s all that matters. Write because you must. Write because you love it. Write because it gives you strength. If you reach only yourself, you’ve done something of value. If you write well and purely and reach other people, you can give them strength. Or make them laugh. Or let them see the world in a new way. If you reach one other person, that’s a gift to you both. Take joy in it. For its own sake.

Chapter One is available on my website. Not that I’d try to tempt you into buying the book or anything, but if you want to order copies for a few thousand of your closest friends, you’ll find a link.

Two new reviews are out: on Cindy Roesel’s Thoughts on This ‘n That and on RT Book Reviews.

I just added an Obnoxious Self-Promotion Page to Notes. It’s titled “The Divorce Diet” and you’ll find it at the top, in the black bar under the photo of the Cornish coast. Even here, in this nearby yet tastefully promotion-free space where we’re speaking, you can hear its crass bass thump leaking through the walls.

But that’s the kind of thing you do when you have a novel coming out. You set all shame to one side and promote the hell out of it—anywhere, everywhere, and in just about any way you can. Does it make a difference? I haven’t a clue, and everything I’m hearing says that no one else has a clue either, but the book’s close to my heart and (sorry to be the one to say this, but I will anyway) I think it’s good, so to hell with manners. The page is up. Feel free to explore. Feel free to pre-order a few thousand copies, to review it online, and to tell 500 of your closest friends about it. Or feel free to ignore the whole shebang. It’s up to you.

After a while, you get used to the bass thump and it doesn’t bother you quite as much. Or you invest in earplugs or poison the neighbor who has the loud sound system. I’m a New Yorker. I know these things.

And while I’m promoting things, you can check out a beautifully written (and, ahem, favorable) review on The Zombies Ate My Brains. 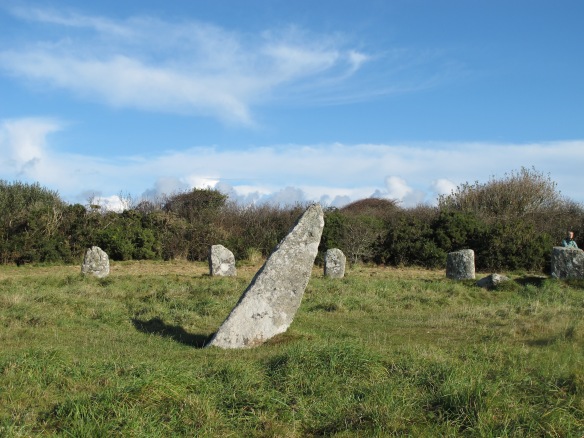 Friends, I’m entering the weird world of the Book Giveaway, which is a small and theoretically habitable planet in the Book Promotion system. Here’s how I got there:

I have a novel, The Divorce Diet, coming out on December 30, and the publisher just sent me a box of advance reader copies, also called uncorrected proofs. I know they’re uncorrected because the bio shaves twenty years off the time I lived in Minnesota.

Having gloated over them for as long as I decently can, I’m ready to offer one to half a dozen people who promise to post a review online somewhere—preferably on a site people actually read. Goodreads or BookLikes accept early reviews (or so I’m told); Amazon and Barnes & Noble (again, I’m told) don’t accept reviews until a book’s been published, but if you’re more organized than I am you can wait and post it on New Year’s Eve. Early on New Year’s Eve, before you get too happy. Hey, do I know how to celebrate or what? If you have a blog yourself and want to review it there, that would also be great. It doesn’t even have to be a good review, just an honest one. Of course I want everyone everywhere to fall in love with the book, but that’s one of the many things I can’t control. I’ll be grateful for any visibility you can give it.

So here’s what you do if you want one: Before October 5, send me your email address as a comment. I won’t publish it, just set it aside, so that if you win I can contact you to ask for your mailing address. If more than half a dozen people want one, I’ll use the high-tech approach and toss the names into a hat.

The publisher also sent me a stack of covers and I have no idea what to do with them. Anyone want to dozen or more? They’d make the perfect placemats for, I don’t know, a divorce party or something.