What’s the news from Britain? Well, the race for leadership of the Conservative Party–and incidentally of the country–is now down to two people, Rishi Sunak and Liz Truss. The winner will be decided by something like 160,000 members of the Conservative Party, 97% of them white, half of them over sixty, and most of them male. While we’re at it, a hefty number are from southern England.

That’s based on the 2019 count. Statisticians tried to do a complete count but fell asleep before they could complete their work.

What’s the population of Britain? Something in the neighborhood of 67 million. I’d give you a link to prove it but I fell asleep too.

So yes, it’s all very democratic and representative and so forth.

I can hardly wait to see what happens next. 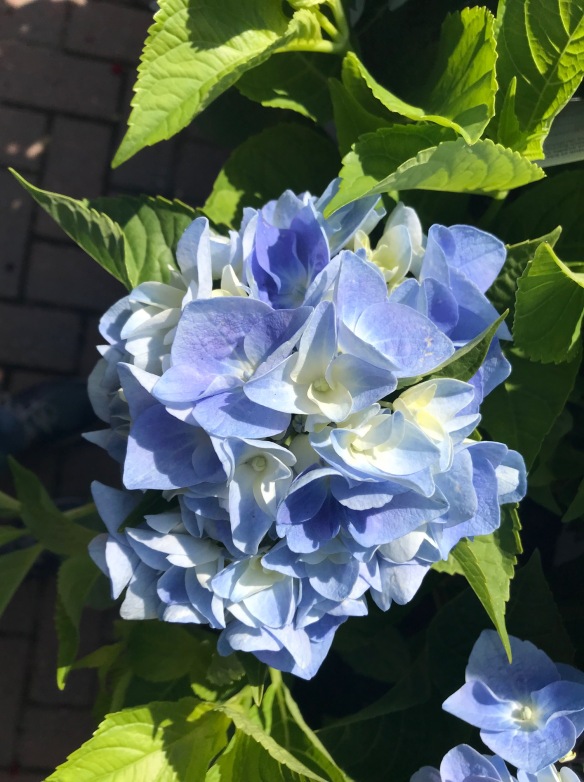 In other uplifting political news, the Nottinghamshire police and crime commissioner won her position (it’s an elected post) by promising to crack down on speeding, then went on to get caught speeding five times in twelve weeks, two of them near a primary school. She’s lost her license for six months and was fined £2,450.

She asked to keep her license because losing it would cause her exceptional hardship, to which the judge did not say, “Are you kidding me?”

Sh hasn’t said whether she’ll resign but it won’t surprise you to learn that she’s been asked.

In what’s probably an unrelated story, wild European bison are roaming the country for the first time in 6,000 years. Three females were released in Kent this month and a male is set to join them in August, as soon as he gets through the backup at Heathrow’s passport control.

I’m not sure how the three get to be the first in Britain, since one of them came from a herd in Scotland, but maybe it’s because they’re roaming in the woods as opposed to, um, you know, taking the tram up and down Princes Street in Edinburgh.

Listen, I don’t understand this stuff, I just report it. What does seem comprehensible is that they’re expected to strip the bark off of trees, thinning the forest canopy, creating paths, collecting seeds (bison like seeds), planting wildflowers, and generally rearranging the ecosystem and transforming the woods “into a lush, thriving, biodiverse environment once more.” Which will allow the trust that owns the land “to step back from hands-on management.”

I did say the bison were wild, right?

I did, but what that means depends on how you define wild. They have tracking collars and are now fenced in a five-hectare area, which will eventually increase to two hundred hectares. But, yeah, within that, they’re wild as hell.

They’ll soon be joined by ponies from Exmoor and iron-age pigs.

What’s an iron-age pig? For starters, it’s older than anyone you or I know.

It turns out that if you switch off a neighborhood’s streetlights between midnight and 5 a.m., it will cut down on the number of things that get stolen from cars. By almost 50%. And crime overall will fall by 25%.

Why’s that? Because it’s hard to see.

The bad news is that both will increase in nearby neighborhoods.

Have I slagged off the government enough lately? Sorry, I let myself get distracted.

Boris Johnson and Rishi Sunak (who now hate each other but used to work together and played nice in front of the TV cameras) spent £2.9 billion on the Restart program, a mandatory program that was supposed to get the long-term unemployed back to work. A mandatory program, meaning if you were referred to it you had to go. Because, hey, we’re trying to help you here.

How well did it work? Oh, gorgeously. Some 93% of its participants didn’t find work. That gives us with–wait, I need to consult Lord Google to be sure I get this right–a 7% success rate.

It did, however, transfer a lot of money to the private contractors it was farmed out to.

No summary of the news would be complete without this one: A retired Church of England vicar was fined and added to the list of sex offenders after a member of the public (“who was attending a talk about Asperger’s syndrome) found him in church naked except for a pair of stockings and performing a sex act with a vacuum cleaner.

You thought you’d heard it all? Silly you. Human sexuality is infinite. You can never hear it all.

It’s true that this particular vacuum cleaner has a name–not the individual vacuum but the brand. They’re called Henry. All of them. And they have a face painted on the side. So it might be easier to personify them than it is your average back-of-the-mop-cupboard vacuum cleaner. But then, I could be misunderstanding the situation completely.

The newspaper article I stole this from notes that the vicar had, before this, a clean record. As he would, given his inclinations.

Well, around the world, at any given time, one out of six people will have a headache.Maybe it’s why more people aren’t having sex with vacuum cleaners.

According to a study in Japan, decisive people are no more likely to make the right choices than people who are full of doubt.

“What we found is that confidence was the only thing that was different,” said the study’s first author, whose name is the Japanese equivalent of Smith: Zajkowski.

Hesitant people of the world, unite.

Or not. You might want to think about it before you jump in.

A Belgian virologist and government Covid advisor, Marc Van Ranst, was threatened by an air force officer who got his hands on a submachine gun and four anti-tank missile launchers.

But that’s not our story. The story is that the head of an anti-vax group, who is not so incidentally a dance teacher, publicly said something approving about the death threat.

“When there’s a salsa pandemic,” the virologist tweeted, “I’ll listen to you with great pleasure. But at this moment, I don’t give a flying fuck what you have to say and nobody in the Netherlands should either.”

In the US, Republican Senatorial candidate Herschel Walker impressed the hell out of everyone by explaining the climate change problem this way: “Since we don’t control the air, our good air decided to float over to China’s bad air. So when China gets our good air, their bad air got to move. So it moves over to our good air space. Then — now we got we to clean that back up.”

Here’s what he had to say about gun control after the Uvalde shooting:

“Cain killed Abel and that’s a problem that we have. What we need to do is look into how we can stop those things. You know, you talked about doing a disinformation — what about getting a department that can look at young men that’s looking at women that’s looking at their social media. What about doing that? Looking into things like that and we can stop that that way. But yet they want to just continue to talk about taking away your constitutional rights. And I think there’s more things we need to look into. This has been happening for years and the way we stop it is putting money into the mental health field, by putting money into other departments rather than departments that want to take away your rights.”

There you go. A problem understood is a problem halfway solved.

And a bit of history

Benjamin Franklin deliberately misspelled Pennsylvania when he printed the colony’s currency.And not just one wrong way but three different ones: Pensilvania, Pennsilvania, and Pensylvania.

The state seems to have survived his efforts.

The plan was to foil counterfeiters, or so it’s generally believed.