What’s happening in Britain? Let’s start in Colyton, Devon, where a woman hung out her wash. Because people do that here. Dryers aren’t as common as they are in the U.S. If people get any sunny weather, out go the clothes.

So how is this news? Well, after this earthshaking action, she got an anonymous letter asking her “with kindness not to put your washing out at the front of your house” because visitors would see it. “Help us all keep Colyton a town we can all be proud of,” the letter said, and it suggested she “consider using a tumble dryer or hanging the washing indoors.”

The writer claimed to represent both local businesses and the entire neighborhood. Not to mention all of England and probably Jersey (that’s old, not New Jersey) as well. 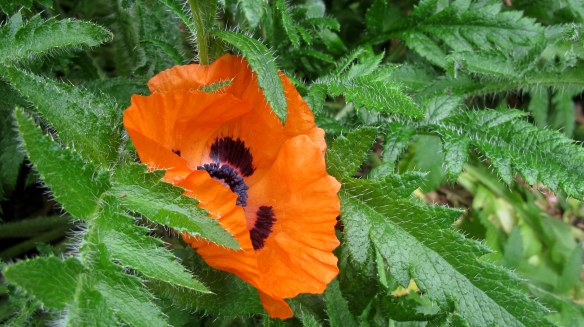 This being modern (as opposed to Victorian or, say, Arthurian) Britain, the whole thing got splashed all over the town Facebook group and in no more time than it took to wash a load of laundry (I’m making that part up; I don’t know how long it took), neighbors had hung out their own washing. Underwear hung from artfully displayed laundry lines in shop windows. Laundry dangled out of windows. Someone hung pyjamas across the town square and ran a bra up the flagpole. I’m old enough to remember when boys thought it was harmless (or maybe didn’t care if it was harmless) to steal some girl’s bra and run it up a flagpole, but I wouldn’t be surprised if this one was put up by an individual of the female persuasion in the joyous spirit of take that, you old busybody.

There’s talk of it becoming an annual event.

So here’s to the anonymous letter writers of the world. Long may their efforts backfire.

Meanwhile, in sports news, 4,500 doughnuts were accidentally delivered to the Old Trafford cricket ground. Or maybe that’s the Old Trafford Cricket Ground. My sports allergy is bad enough that I don’t know if that’s the formal name and therefore capitalized or an informal name and therefore lower case. You probably–and wisely–don’t care. We’ll move on.

I haven’t been able to learn much about the incident except that the kitchen was left “reeling.”

A single doughnut has 425 calories. Give or take a few hundred, since we don’t know the size of the Old Trafford doughnuts or of the imaginary one whose estimated calories I googled, or whether either of them are frosted. But let’s go with 425. It’s a reliable looking number. That means the Old Trafford kitchen was (at least briefly) in possession of 1,912,500 calories’ worth of doughnuts.

I think. At my best, I’m a hazard around numbers, but I’m pretty sure I got that right. Even if I didn’t, though, we can agree that it’s over the recommended daily allowance for pretty much anybody. Even someone who’s simultaneously male, in training for a marathon, breastfeeding, and pregnant.

If anybody could figure out how much space 4,500 doughnuts take up, I’d love to know, because I assume the Old Trafford kitchen isn’t huge. You can arrange them in any pattern that suits you and measure them either metrically or in imperial measures. Or you can compare them to the size of a double-decker bus, a football field, a phone booth, or Wales. Or Delaware. Your choice, although I’m pretty sure Wales and Delaware are too big to be much use.

Since we’re talking about food, it must be time to mention that Britain was grappling with a shortage of carbon dioxide in late June and its largest wholesalers had begun rationing beer and cider–cider being a popular alcoholic drink here. If that doesn’t sound bad enough, this happened just when the country was in the grip of a twin drinking emergency caused by the conjunction of the World Cup and a heatwave.

At the end of June (which is when I’m writing this), the word was that supplies were expected (maybe) in early July, which would be just in time to prevent a complete national disaster. If, in fact, they come in as predicted.

The shortage also affected soft drinks and the production of dry ice. Not to mention the meat industry and some medical procedures.

It wasn’t just a British problem but a European one, and it was caused by a combination of high demand and routine maintenance shutdowns. But the price has been low, so in spite of the looming meltdown, manufacturers haven’t had a big incentive to get production up and going again.

What kind of plants produce carbon dioxide? Ammonia and bioethanol plants. Which makes me realize how little I know about how those little bubbles get inside the water.

There’s a certain irony in having a carbon dioxide shortage when the world’s facing global warming caused by too much of the stuff, but it comes from having too much in the wrong places and not enough locked away inside those cans and bottles. The drink manufacturers have done their best to hire people who’ll pick it out of the air, but with Brexit looming there’s already a shortage of people to harvest strawberries, so where are they going to find anyone willing to pick carbon dioxide bubbles?

In case you think this is funny, the shortage also affected the nation’s crumpet supply.

The British Beer and Pub Association, which knows how to address a crisis, called on the government to increase its “storage capacity . . . to ensure this does not happen again.”

By the time you read this, enough carbon dioxide to keep the nation guzzling may well have fizzed its way through the supply chain, but if you’ve been reading about an increase in the suicide and homicide rate, you know the cause.

In other news, a mugger in Crawley robbed a man but left behind a plastic bag with 123 candy bars.

Was the candy worth more than the money he got? A quick and highly inaccurate survey of candy prices tells me that bars range from £.50 (note the decimal point–that’s half a pound, not fifty pounds) to £1. So should we say, fairly randomly, that he’d have to have taken in more than £85 to come out even?

The closest I can get to how much money he got is that it was “a small amount.” So he lost money on the deal.

The police checked with local stores but none of them reported that many candy bars missing.

A hundred and twenty-three candy bars is not enough to cover an area the size of Wales. Or even a football field or a double-decker bus. It is enough to fill one plastic bag, although we don’t know the size of the bag, which is why it’s not one of the standard size comparisons that newspapers use.

Unlike the guy in Crawley, the writer Ian McEwan got mugged by a standardized test. He’s well enough established that one of his books is assigned as part of the national curriculum. You’d think that’d be great, wouldn’t you? Well, it has its problems–ones I wouldn’t mind having, but problems all the same.

McEwan’s son (let’s call him McE 2.0) read McE 1.0’s book for his A-levels, which is the standardized test I just mentioned. So before the test, McE 1.0 spent some time going over the novel with McE 2.0, discussing points he could make in his essay.

McE 2.0 got a C plus. Because what does the author know about the book he wrote?

Meanwhile, whoever wrote the English literature questions for a lower-level standardized test, the GCSE, mugged him- or herself, along with some 14,000 students, by mixing up the Montagues and the Capulets in a question about Romeo and Juliet. The question assigned Tybalt to the wrong one of two feuding families and ended up asking an unanswerable–not to mention nonsensical–question.

You could, in theory, answer the question by tearing it apart, but that would be a good way to flunk the test since the standardized marking doesn’t create a lot of latitude for creative thinking.

This marks the introduction of the new, tougher GCSEs. So far, they’ve been a stunning success. Slip in an unanswerable question and you can really thin the herd.

The exam board has apologized but to date it hasn’t fallen on its sword.

From there, let’s move on–not to the recent wedding of Megan and Whatshisname but to the people who pontificated on it. Or one of them, anyway.

Thomas J. Mace-Archer-Mills, Esq., appeared regularly in TV interviews during the uproar. He’s described as having “a posh British accent, traditional attire, and a sense of authority on all things royal.” He’s also “the founder of the British Monarchist Society and Foundation.” But it turns out that his name is actually Thomas “Tommy” Muscatello and he’s from Bolton Landing, New York.

He got the Britishness bug when he was cast in a school production of Oliver Twist and apparently learned an upper-class British accent for the role. You can believe that if you want to, but I’ve heard too many Americans who think they learned a British accent. They’re embarrassing. The best I can say for his accent is that none of the articles about him say that he got it wrong.

They also don’t say that he got it right.

As far as I can tell from the articles I’ve seen, no British media outlet interviewed him. I’m going to take a rash guess and say they picked up some whiff of phoniness. Possibly a strong one.

Since I mentioned at the beginning that we had a heat wave, let’s end by acknowledging that Britain doesn’t have any official definition of what a heatwave is, but the Met Office is working on one.

The Met Office? That’s Britain’s weather service and it’s not to be confused with the Met, which is London’s police department. And if you have trouble with that, it gets worse: Scroll down far enough through Lord Google’s offerings and you’ll find the Met Office offering the police weather forecast.

Do the police have different weather from the rest of us? Possibly, but to make the whole thing even more mysterious, the page I found offered me the police weather for Poland, although it was–I checked twice–from the British weather service.

Polish police didn’t seem to be expecting a heatwave. Unless of course they define it differently there.

However you define a heatwave, though, Britain isn’t good at heat. Train tracks were buckling in 30 degree centigrade heat. What’s that on the other side of the Atlantic? It’s 86 degrees Fahrenheit. Which is hot but on the normal side of normal in a Minnsota summer.

I never heard of train tracks buckling in the heat in the U.S. The rails are laid with a small bit of expansion room between one section and the next. Britain’s rails don’t seem to be, presumably because 86 degrees is a heatwave. I can understand why no one wants to pull them all up and lay them down differently, but if this is the new normal we’re going to have problems.