If you spend much time reading about England, sooner or later you’ll stub your toe on the phrase Home Counties. That’s what you get for reading in the dark.

But what are they?

No one’s sure. Or lots of people are sure, but they don’t agree with each other, which is what makes the question interesting. A lot of the sources I’ve found say they’re the counties around London, and that’s safe enough but doesn’t tell us which ones, so whatever consensus we pretended to have falls apart.

The boundless wisdom of public opinion

A polling company, YouGov, tried to shed light on the issue (someone must’ve paid them to do that) and succeeded mainly in highlighting how dark it is out there. Because although it’s easy to come up with wrong answers (Wales not only is in the wrong part of Britain, it’s not a county), no one can say what the right answer is. So let’s look for the most common candidates. 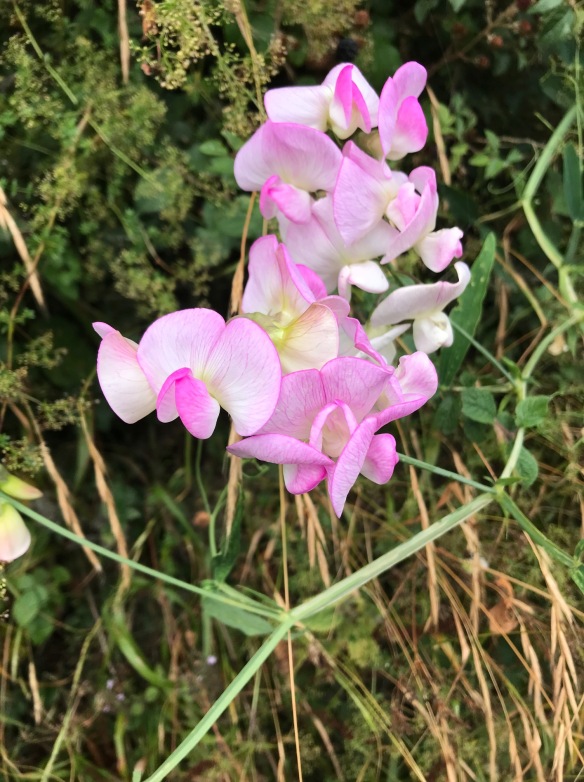 The most widely recognized in the poll were Buckinghamshire, Surrey, and Berkshire. For whatever that’s worth, which I suspect is not much, especially since none of them gathered any impressive amount of support.

Historically, YouGov says, Sussex is usually included, but only 30% of the people in their sample included West Sussex, and only 29% included East Sussex. (East and West Sussex were divided into separate counties in 1974, although no one told me until today. Which is unforgivably rude.)

By other definitions,  the Home Counties include Bedfordshire, Hampshire, Oxfordshire, and Cambridgeshire, although only a third to a quarter of YouGov’s sample were convinced of it. You could also make a case for Hertfordshire, Kent, and Essex, which got 36%.

Forget polling. What else do we know?

The simplest definition of the Home Counties is that they’re the six counties surrounding London: Buckinghamshire, Surrey, Berkshire, Essex, Hertfordshire, and Kent. (I’m taking someone else’s word for that, but I have verified that the list has six entries. You can check for yourself if you need more certainty than that.) But you could also toss in Bedfordshire, Cambridgeshire, Hampshire, Oxfordshire, and Sussex (or the two halves of Sussex) and not be wrong.

And although London’s the reference point for all of this, London isn’t one of the Home Counties. It’s–well, it’s London.

Does any of this matter?

No. And also yes. The Home Counties aren’t an administrative entity. They’re not a governmental division. No one runs for office to represent them or sets out parking regulations for them and only them, although the phrase does show up sometimes in official usage. Or so says WikiWhatsia, which I fall back on only in desperation. That I’m leaning on it now tells you how little information I could find anywhere else.

That covers the no, it doesn’t matter part of the answer. What about the yes, it does part? It matters as a reflection of reality and as a cultural reference reinforcing that reality.

London is Britain’s economic and cultural heavyweight. It’s where the wealth and the power and the glitz come together–along with a lot of the grit and the poverty and the problems, although in fairness those last three are pretty widely distributed. But let’s stay with the wealth and the et cetera. When you concentrate enough of that stuff in a small space, it forms a gravity well, drawing everything nearby into its orbit. So whatever the hell they are, the Home Countries matter because London’s sitting there in their middle.

In fact, London’s not just sitting there, it’s been nibbling away at the  surrounding counties and by now has swallowed MIddlesex almost completely.

The broad-brush image of the Home Counties (that’s a nice way of saying “the stereotype”) is that they’re comfortable, conformist,conservative, and consumerist. Also suburban and expensive to live in, but those don’t start with C.

According to WikiWhatsia (at the moment; you never know when it’ll change), the origin of the phrase Home Counties can be traced–unreliably–back to several periods. One is Tudor times, when they were the counties close enough for a London-based functionary to have a country home and still rush back to London when needed. Another is the 18th century (more or less), which  had the “Home Counties Circuit of courts.”

A third is the Anglo-Saxon period, although the entry doesn’t offer anything to justify that, but it’s true that many English counties were originally Anglo-Saxon kingdoms, so what the hell, we’re close. Let’s move on before anyone notices how little we know about this.

Again, according to WikiWhatsia, the first mention of the phrase is from 1695, when Charles Davenant wrote “An essay upon ways and means of supplying the war,” arguing that the Home Counties were thought to pay a disproportionate amount in land taxes.

Yeah, but what about the shires

As long as we’re wandering around with an edgeless topic, and as long as counties with the word -shire in their names have come up, let’s talk about what the shires are:

I  took the romance out of that, didn’t I?

The word’s roots are Anglo-Saxon–that language we call Old English and that modern English speakers couldn’t understand even if someone offered them a chocolate pie as a reward for deciphering a single sentence. Shire’s basically the Anglo-Saxon equivalent of the French-based county.

Talking about the shires will set off some cultural resonances, although I’m not the best-placed person to tell you what they are. What I can do is tell you that the Collins Dictionary says they’re in the Midlands and famous for hunting.

Do what you can with that.