A former Conservative Party leader, Iain Duncan Smith, accused Boris Johnson of “giving in” to the government’s scientific advisers when he declared a second lockdown.

So what have those pesky scientists done lately?

Some have demonstrated that masks don’t deprive you of oxygen. Yes, they already knew that, but the rumor that they do has a life of its own, so a few of them went ahead and rigged up a clutch of people with portable pulse oximeters (the measure blood oxygen levels), and guess what: They found no signs that any participant was short of oxygen.

In other words, they’re saying you should wear a mask. You’ll still be able to breathe.

They’re also developing an overwhelming number of possible vaccines–more than I can keep up with–and identifying existing drugs that hold out the hope of treating Covid well enough to at least prevent hospitalization. But stay strong, people. We mustn’t give in to them. We’re doing just fine by our own ignorant selves. 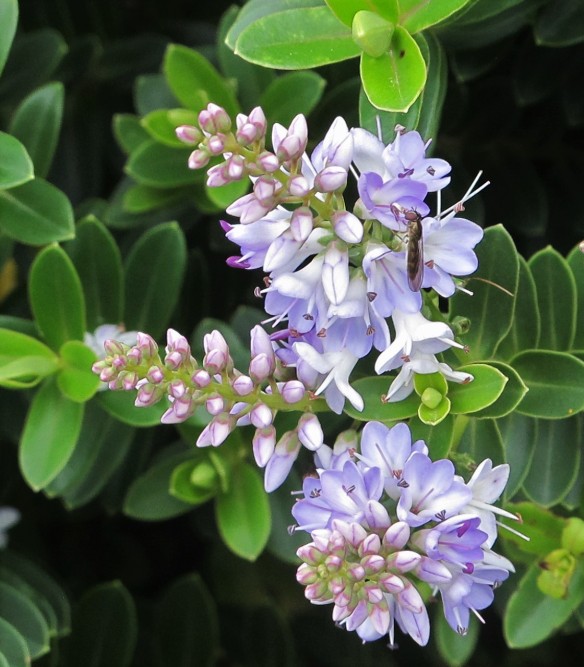 We haven’t heard much drum-beating lately about Britain’s world-beating Covid app–the one that was going to save us all–but every so often an article surfaces about what’s gone wrong with it. The latest is that it was set at the wrong sensitivity level, so it missed notifying thousands of people that they’d been in contact with and infected person, and it stayed at that setting for a month. A government source said a “shockingly low” number of people were sent warnings.

Someone working in Britain’s business secretary’s private office tested positive for Covid and the rest of the office went into isolation. But the business secretary himself, Alok Sharma, went to South Korea and even after he heard of the positive diagnosis held meetings there .

He hadn’t had close contact with the person who tested positive, he said.

They had a meeting four or five days before, the papers say–and people are contagious before symptoms begin.

Sharma hadn’t “been told to isolate by NHS test and trace,” a spokesperson said.

Well, no, I don’t expect he had been. The test and trace system is notoriously nonfunctional.

Sharma tested negative before he left for the trip and again when he arrived, someone the spokesperson said, not mentioning the test’s percentage of false negatives or its inability to pick up pre-symptomatic cases reliably.

Before England went into lockdown, the universities minister (hands up: who knew Britain had one?) urged university students to stay where they were for the duration of the lockdown. Some uncounted many headed home anyway.

Most of them are taking classes online anyway.

Michael Gove, the cabinet office minister, and Robert Jenrick, the communities secretary, gave out assorted wrong information on what people could and couldn’t do under the new lockdown rules. There’s no point in repeating misinformation, so let’s just say that it hasn’t helped. They apologized very nicely, and in fairness the new lockdown was hauled out of the flatpack so quickly that the government only had time to put half the screws in place. We’ve been asked not to rest heavy objects on it until November 15.

Still, I don’t think they’ll be letting any ministers out on their own for a while.

The Department for Education has outsourced the work of advising schools on how to handle Covid. Until recently, this was done by clinicians from Public Health England, who advised, did spot checks, followed up, and advised further. Then in September they were replaced with a call center whose workers read from a script. One teacher was told to send thirty-two students home.

Why thirty-two? he asked.

At the end of October, Boris Johnson promised England that we’d have Covid tests we could read ourselves. Better yet, they’d give us a result in ten to fifteen minutes. They’d work on presymptomatic people, asymptomatic people, semisymptomatic dogs, cats in all states of symptomosity, and ham sandwiches–in short, everyone and everything. Including–this being England, a nice cup of tea.

People could be tested, know they were safe, and go on with normal life. And the would still be warm enough to drink.

The government bought 20 million of tests.

Unfortunately, the maker’s website says the tests aren’t meant for people without symptoms and are meant to be read by a health professional.

Step away from that tea, please.

Just in time to beat lockdown, a couple got married, joined their last names, and became Mr. and Mrs. White-Christmas.

Seriously. Tilly Christmas and Kieran White. I doubt they had any arguments over whose name would come first.